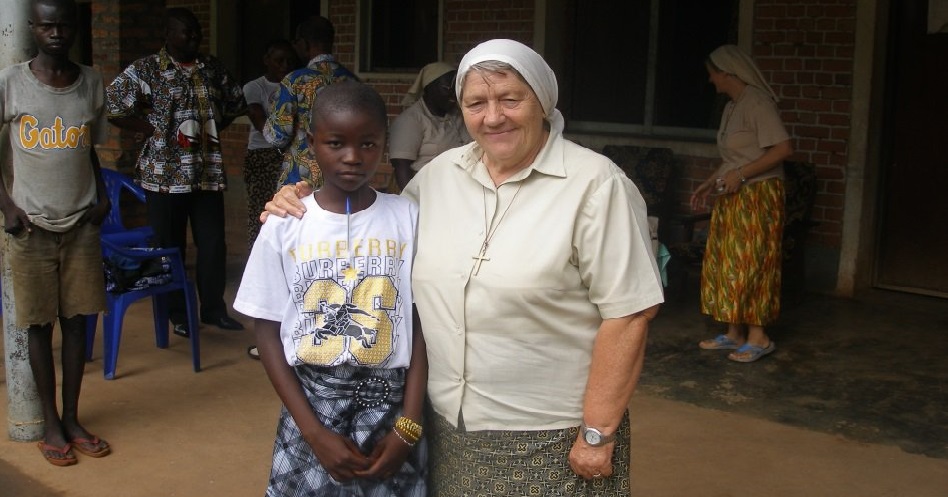 Last week I had the distinct honor to join First Lady Melania Trump to pay tribute to ten remarkable women at the 2018 International Women of Courage award ceremony in Washington D.C. This annual award is given to women from around the world who show extraordinary courage and heroism to advocate for peace, justice, and human dignity, often at great personal risk.

Among this year’s honorees was Sister Maria Elena Berini, a 73-year-old Catholic nun born in Italy who, for the past four decades, has risked her life to serve war-torn communities in Africa.

For the last ten years, Sister Berini has performed extraordinary acts of heroism from her Catholic mission in Bocaranga in the Central African Republic. During the very worst periods of violence, when aid organizations recalled their staff and embassies evacuated their citizens, Sister Berini remained.

In 2014, armed militants entered Sister Berini’s mission, where she sheltered villagers and staff. They threatened to kill her if she did not cooperate, even shooting at her feet. She told them: “I am here. Kill me. I am not afraid.” As the group ransacked the mission, she sent the youngest sisters and staff into the hills and stayed behind to help a villager successfully give birth.

Sister Berini’s incredible devotion to human dignity is born simply out of her faithful desire to serve. “The service of others, the love of the youngest, the destitute, gave meaning to my life,” she explained.

Sister Berini is one of many awe-inspiring women religious around the world. These women are often the last beacon of hope for countless people suffering from famine, disease, conflict, and repression. Often at the risk of harm to themselves, they serve the displaced and those desperate for lives free of violence and strife. They work in countries like South Sudan and Syria, where governments have failed and humanitarian organizations struggle to operate, and where hundreds of thousands have been killed and millions more have been up-rooted from their communities.

Last year, Sister Carol Tahhan of Syria was recognized as an International Woman of Courage for her work with the victims of the Syrian conflict. Sister Tahhan manages a nursery school for Christian and Muslim children in Damascus, and runs a tailoring workshop to provide job skills to vulnerable displaced women. Her cause is peace – she does not discriminate who she serves on the basis of faith or politics. “If I did not serve Muslims,” she once said, “I would be the terrorist.”

Women religious also play a critical role in combatting human trafficking and supporting its victims, while risking retaliation from those who exploit them. Recently, I had the privilege of meeting with the Ursuline sisters of Casa Rut while visiting their shelter in Caserta, Italy. Since 1995 over 400 migrant women and human trafficking survivors have found refuge here.

Holy Week is an especially appropriate time to recognize and celebrate women religious in their efforts to advance peace and stability in our world. Too often, their work goes unnoticed and is underappreciated. As a lifelong Catholic, I am committed to highlighting the critical role of these brave and dedicated sisters.

This is why the United States Embassy to the Holy See is partnering with the International Union of Superiors General and Solidarity with South Sudan in Rome on April 11 to convene “Women Religious on the Frontlines;” a symposium highlighting the important work of Catholic nuns who serve in conflict zones and other dangerous places around the world. I am pleased that Archbishop Paul Gallagher, Vatican Secretary for Relations with States, will participate.

This symposium is just the beginning. The United States Embassy to the Holy See will continue to shine a bright light on the crucial and extraordinary contributions of women religious – the unsung heroes of the Catholic Church.

Callista L. Gingrich is the United States Ambassador to the Holy See