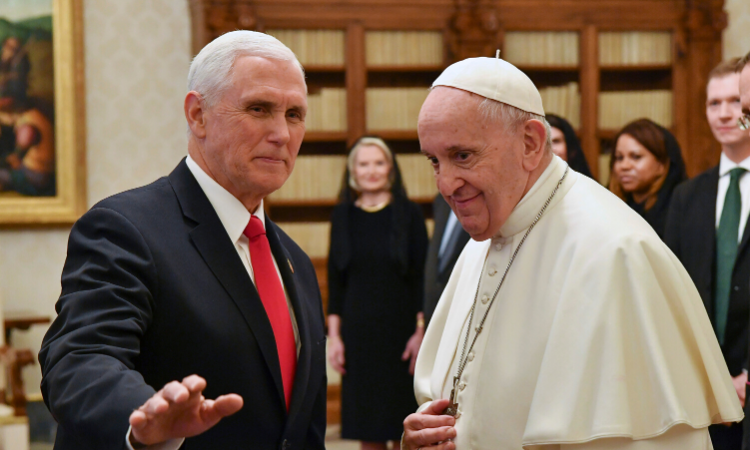 Their visit began with a private audience with Pope Francis, further illustrating the importance of America’s enduring diplomatic partnership with the Holy See.

In an hour-long meeting, the Vice President and Pope Francis discussed several issues, including, the 2020 March for Life in Washington D.C., the crisis in Venezuela, and displaced religious minorities in the Middle East.

Pope Francis then received Mrs. Pence and Sarah Pence, followed by a delegation including Ambassador Gingrich and Speaker Gingrich.

Before departing the Papal Library, Pope Francis and the Vice President and Mrs. Pence exchanged gifts.

Following his meeting with Pope Francis, Vice President Pence met with Vatican Secretary of State Cardinal Parolin. He then joined Mrs. Pence, Sarah Pence, and Ambassador Gingrich for a private tour of the Vatican, including the Sala Regia and the Sistine and Pauline Chapels.

Following his meetings in Vatican City, Vice President Pence filmed a video message for the March for Life rally in Washington, D.C. and was interviewed by EWTN, during which he highlighted the “substantive and personally meaningful” conversation he had with Pope Francis.

In addition to meeting with Italian Prime Minister Giuseppe Conte and President Sergio Mattarella, the Vice President also met with the Tri-Mission Italy Marine Guard Detachment before joining the Second Lady in a meeting with U.S. military spouses. 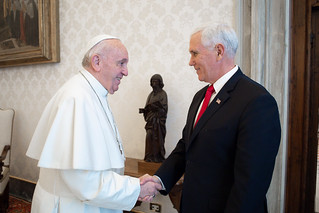