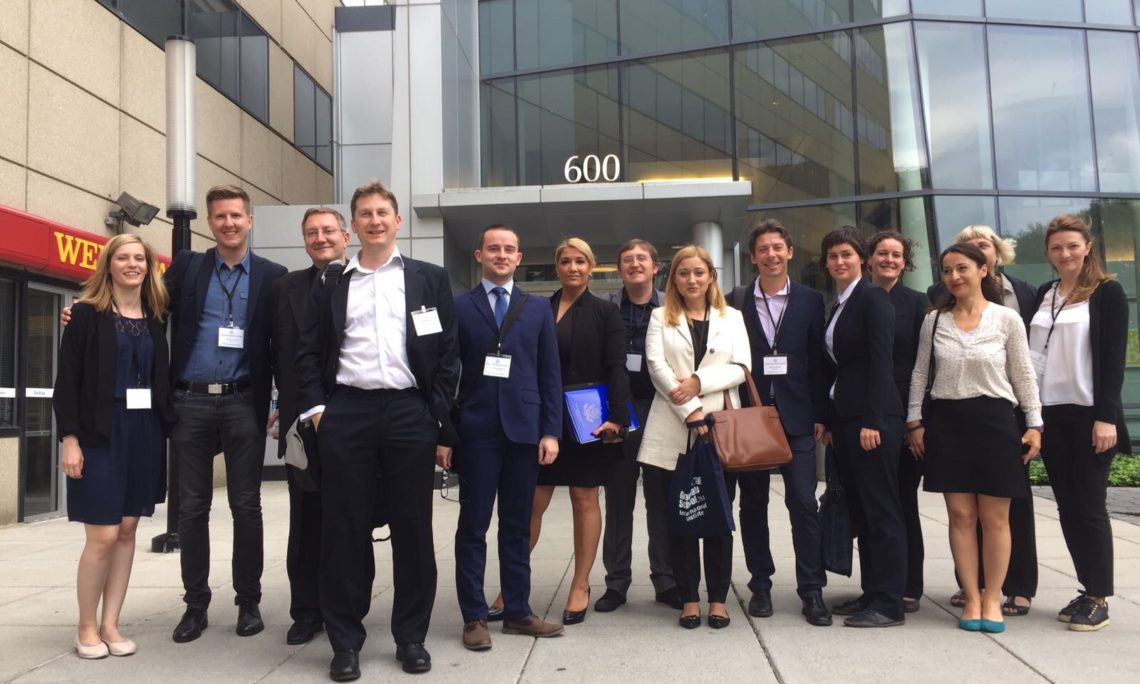 Every year the State Department sponsors the International Visitor Leadership Program (IVLP), which allows current and emerging foreign leaders to visit the United States and get a firsthand look at American government and culture, while cultivating lasting relationships with their American counterparts, and strengthening U.S. engagement with countries around the world. Participants meet with corresponding American professionals, visit U.S. public and private sector organizations, and participate in cultural and social activities.

This year, the U.S. Embassy to the Holy See nominated and selected Monsignor Massimilano Boiardi for the program. Msgr. Boiardi (third from left in the picture) spent three weeks in the United States, in Washington D.C., Los Angeles, Santa Fe, and Minneapolis during the months of June and July. While in the United States, he specifically focused on migration and integration issues in the United States, and had the chance to examine government policies, initiatives, and inter-governmental action to resettle and integrate refugees. Refugees arrive both through the U.S. Refugee Resettlement Program and through unofficial channels, so a part of the program explored private sector efforts to combat trafficking and public-private programs to resettle refugees and to provide services. The participants also learned about discrimination and integration of immigrant and minority communities. Finally, they reviewed inter-agency efforts and standards for processing and resettling refugees in the United States.