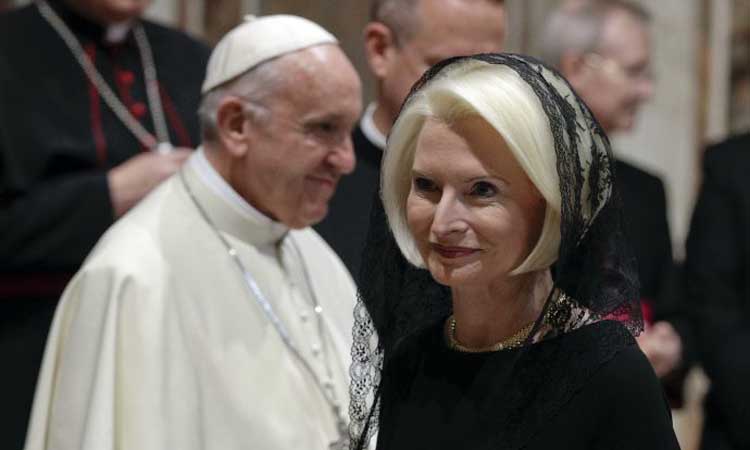 Crux: It’s been 20 years since the United States adopted the International Religious Freedom Act in 1998, yet when we look around, the global situation on religious freedom often seems worse than two decades ago. Has the act made a difference? Does it have untapped potential?

Gingrich: The act has definitely made a difference. It mandates that every year the Department of State submits the International Religious Freedom Report to Congress. It’s a fact-based assessment, across 200 countries and territories, of violations and abuses committed by governments, terrorist groups, and individuals, so that we may work together with our allies and partners to address and resolve them.

As this year’s report shows, no religious community is immune. Christian pastors and Bahá’ís are jailed in Iran. Russian authorities continue to target religious minorities. Muslim groups like the Ahmadis are routinely persecuted in Pakistan. Anti-Semitism is on the rise around the world. The list goes on and on. There’s no doubt that religious freedom is under threat globally.

The act also created an Ambassador-at-Large for International Religious Freedom within the Department of State, underscoring our commitment to this cause. The Department of State also invests $20-25 million annually in foreign assistance programs designed to promote religious freedom.

We have made important strides since the 1998 International Religious Freedom Act, but we still have a lot of work to do. President Trump has made clear that this is a top foreign policy priority for the United States.

Religious freedom is a fundamental, universal human right. Unfortunately in nearly every region of the world, this right is under threat or restricted entirely. Global crises require global responses.

This Ministerial, the first of its kind and the first hosted by Secretary Pompeo, is not just another conference or forum, where people come in, discuss their work, and then go home. This Ministerial is about action – across governments, faith leaders, and civil society.  As the Secretary said in his remarks yesterday, we will use this Ministerial to “identif[y] concrete ways to push back against persecution and ensure greater religious freedom for all.”

The Trump administration has declared promoting religious freedom at home and around the world a major priority. Why?

The right to worship freely is America’s first freedom. It was codified in the First Amendment to our Constitution. Protecting and defending this universal human right is fundamental to who we are as a nation. President Trump has been a champion for religious liberty from day one, issuing a number of new policies to ensure religious freedom is a priority throughout this government.

And make no mistake, religious freedom is a national security issue. As Secretary Pompeo said during today’s announcement, promoting religious freedom and other human rights leads to greater stability, reduces the risk of conflict and terrorism, and promotes economic prosperity. This is also echoed in the United States National Security Strategy.

Former Kansas Governor Sam Brownback was confirmed in late January as US Ambassador at Large for International Religious Freedom. What’s the importance of that role, and what does it mean that Trump picked Brownback?

Ambassador Brownback is the highest-ranking U.S. official ever to serve as the Ambassador-at-Large for International Religious Freedom. I think that fact alone underscores President Trump’s incredible commitment to this cause. This role is critical to monitor religious persecution and discrimination worldwide, recommend and implement policies in respective regions or countries, and develop programs to promote religious freedom.

You’re the US Ambassador to the Holy See. On your to-do list, how high does working with the Vatican on religious freedom issues rate?

The Catholic Church has a long history of encouraging religious freedom and the Holy See actively works to promote tolerance through inter-religious dialogue. I look forward to working closely with the Holy See during the Ministerial in July.