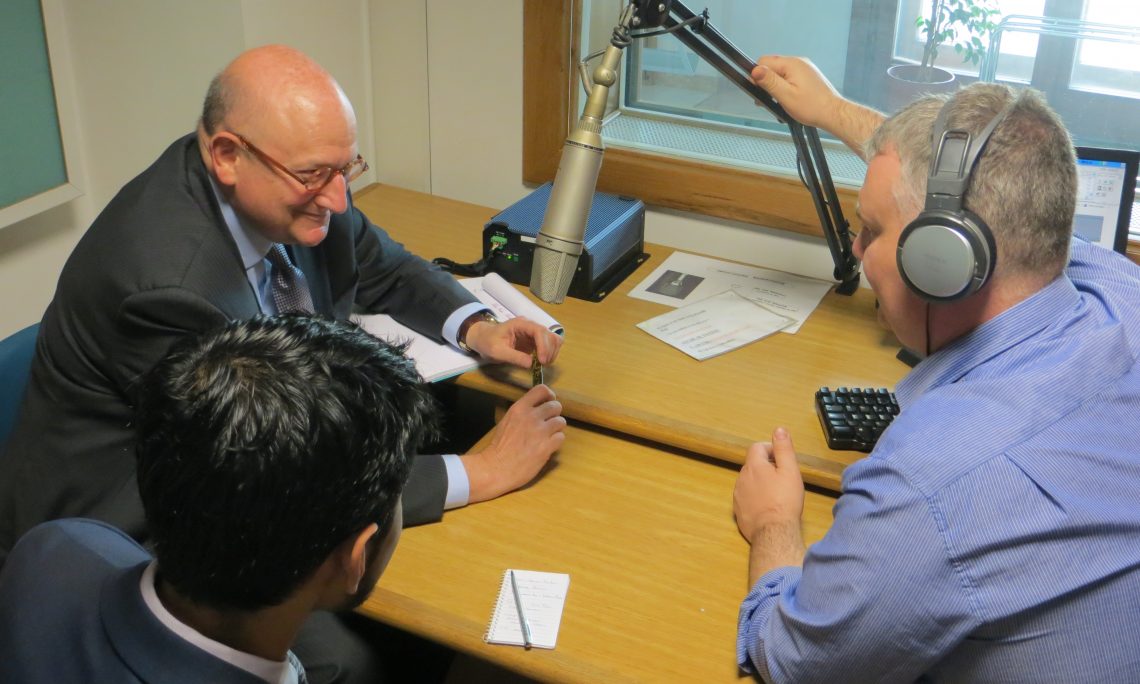 (Vatican Radio) Rome’s Pontifical Gregorian University was host this week to a major international conference marking the 50th Anniversary of the II Vatican Council’s Declaration, Nostra aetate, on the relation of the Catholic Church to non-Christian religions.

Nostra aetate made earthquakes at the time of its promulgation: the document continues to be the focus of intense debate among Catholics, who, a half-century later, continue in their efforts together to understand the practical and theological significance of the call of the Fathers of the II Vatican Council, who taught in Nostra aetate, “The Church, therefore, exhorts her sons, that through dialogue and collaboration with the followers of other religions, carried out with prudence and love and in witness to the Christian faith and life, they recognize, preserve and promote the good things, spiritual and moral, as well as the socio-cultural values found among these men.”

One certainty emerged from the conference at the Gregorian, however: the Catholic Church has been, and shall continue to be engaged with persons of other religious traditions, in a dialogue aimed at achieving deeper mutual understanding and greater respect, as well as developing a spirit of practical cooperation in areas of shared interest and common concern. This “irreversible commitment” on the part of the Church to interreligious dialogue has seen particular progress with partners from the worldwide Jewish and Muslim communities, even as the Church’s renewed commitment to engagement and dialogue has also served as a catalyst for conversations and cooperation across cultural, national and political lines.

Actively involved in promoting interreligious understanding and cooperation around the world, the US Department of State sent two representatives to take part in the conference at the Gregorian University: Acting U.S. Envoy to the Organization of Islamic Cooperation, Arsalan Suleman; and Special Envoy to Monitor and Combat Anti-Semitism, Ira Forman. They visited the studios of Vatican Radio to speak about their work and the ways Nostra aetate U.S..

Suleman focuses on human rights policy for the Middle East, North Africa, and South and Central Asia, as well as issues of freedom of expression and freedom of religion. In his engagement with the OIC, his focus is with governments and civil society in partnership-building efforts in a range of areas including education, entrepreneurship, health, and science and technology. “It’s really about finding the shared values and working together to address shared challenges – and the ‘action’ part of it is extremely important, because in this day and age, religions – people of different faiths, different cultures are in constant communication and contact,” he said, offering a specific example in the intense increase in – often forced – migration.

Forman told Vatican Radio that Nostra aetate has contributed to a broadening of understanding concerning the universal and urgent nature of rights to religious expression and the threats to those rights. “Central to that notion, is that anti-Semitism is not a Jewish issue: it is a human rights issue, in exactly the same way that persecution of Christians in [various] parts of the world is not a Christian issue, not a Catholic Church issue, it is a human rights issue,” he explained. “It is incumbent upon all of us, when we see that type of bias – even if we cannot physically help – to speak out and condemn it, so those who are perpetrating it are isolated,” Forman continued. “That,” he said, “is why I think Nostra aetate here in this time is so critical to us: because it reminds us that we are all essentially our brothers’ keepers.”