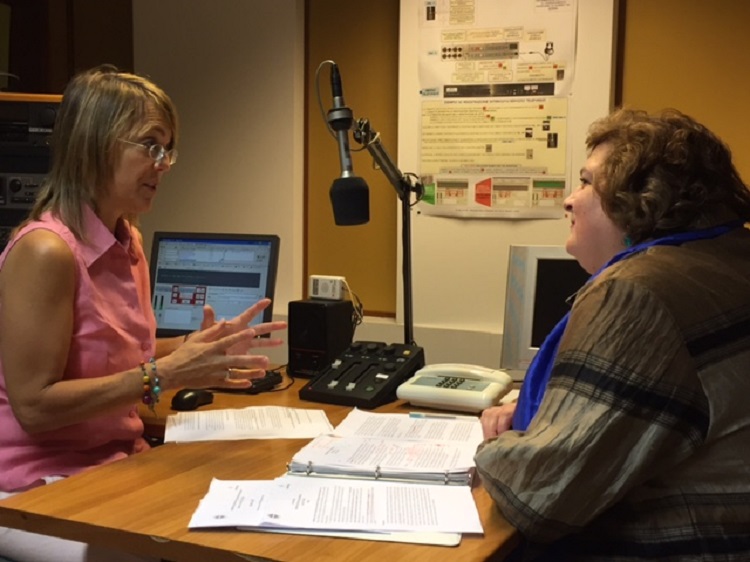 Kari Johnstone, Principal Deputy Director of the Office to Monitor and Combat Trafficking in Persons, came to Rome to attend an advisory group meeting on maritime human trafficking. In media interviews with Catholic News Service, EWTN and Vatican Radio, she said the Pope’s engagement with the issue of human trafficking has positively impacted efforts to fight it, and she commended Catholic pastoral workers who aid victims.

In an interview with Catholic News Service, Johnstone said migrants can be tricked into staying on dangerous ships for long periods of time, with little regulation or even knowledge of their work and whereabouts.

“They may end up stuck at sea for months or sometimes years at a time where they’re not able to leave with horrible abuses happening,” she told CNS.

Johnstone attended a meeting of the Coalition of Organizations and Ministries Promoting the Abolition of Slavery at Sea or COMPASS, which the U.S. Conference of Catholic Bishops’ Migration and Refugee Services operates.

Johnstone told CNS that pastoral workers often provide the first aid to victims and have extensive knowledge of the issue. Meanwhile, combating human trafficking is a shared priority of both the United States and Pope Francis, whose attention has been instrumental in raising awareness of and focusing resources on the problem.

“The Pope’s own voice and priority on this and that, hands down, I think has opened tremendous doors,” she said.