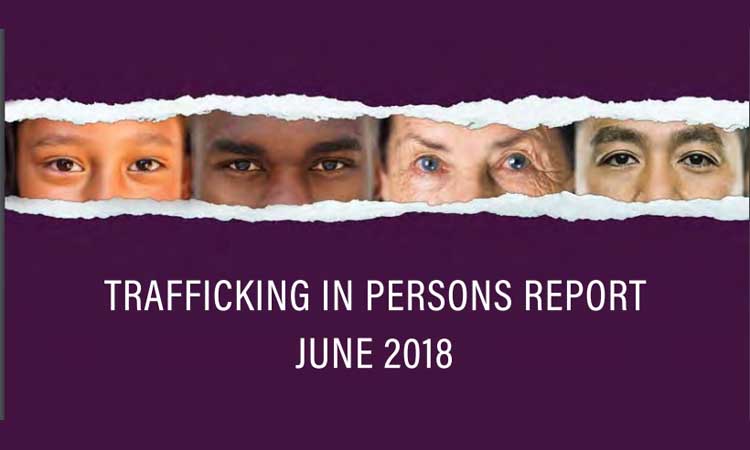 The Trafficking in Persons (TIP) Report is the U.S. Government’s principal diplomatic tool to engage foreign governments on human trafficking. It is also the world’s most comprehensive resource of governmental anti-trafficking efforts and reflects the U.S. Government’s commitment to global leadership on this key human rights and law enforcement issue. It represents an updated, global look at the nature and scope of trafficking in persons and the broad range of government actions to confront and eliminate it.

“Modern slavery has no place in the world, and I intend to ensure, through diplomatic engagement and increased action, that the United States government’s leadership in combating this global threat is sustained in the years to come.” – Secretary of State Michael R. Pompeo