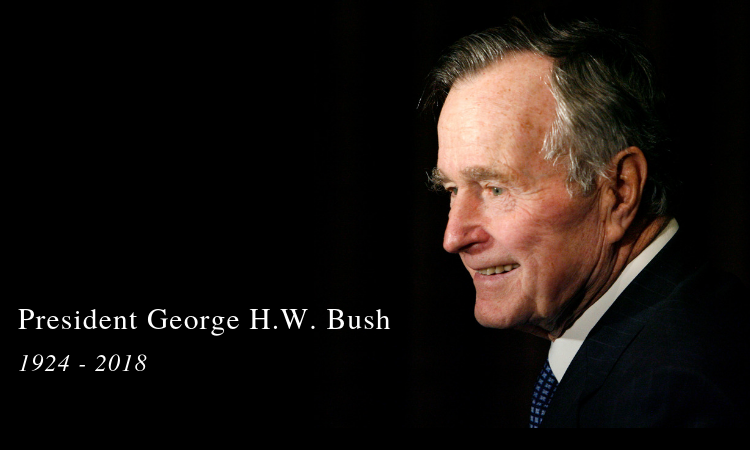 Newt and I join a grateful nation in mourning the loss of a true American patriot and statesman, President George H.W. Bush.  President Bush led a lifetime of unwavering service and devotion to faith, family, and country.  He inspired generations of Americans to view public service as a noble calling, and the United States as the greatest force for good in the world.  He served with distinction for more than 70 years, as a naval aviator in World War II, a Congressman from Texas, an Ambassador to the United Nations, an Envoy to China, a Director of Central Intelligence, a Vice President, and President of the United States.  President Bush embodied the brightest of the “thousand points of light” he saw in each and every one of us.  His example will live on – his legacy will endure.  Our hearts and prayers are with the Bush family.