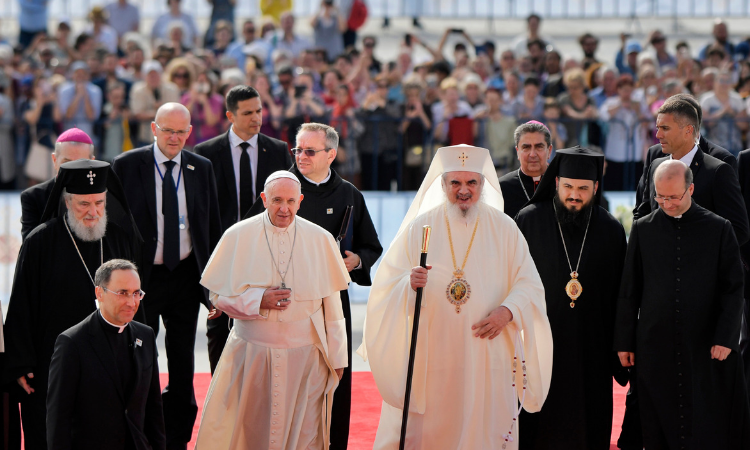 Pope Francis arrives for a prayer with Romanian Orthodox Patriarch Daniel, at the National Cathedral, in Bucharest, Romania, Friday, May 31, 2019. (AP Photo/Andreaa Alexandru)

On behalf of the U.S. Embassy to the Holy See, I congratulate His Holiness Pope Francis upon the conclusion of his May 31-June 2 apostolic pilgrimage to Romania, marking the 30th international visit of his pontificate.

Pope Francis’s visit to Romania, building on the foundation laid by Saint John Paul II’s historic journey in 1999, once again strengthened dialogue and ecumenism between Catholic and Orthodox believers. During his pilgrimage, Pope Francis also met with Roma community members, and visited Blaj and the Shrine of Sumuleu-Ciuc. And his beatification of seven Greek-Catholic bishops who were brutally killed by Romania’s former communist regime is an important reminder of how, for decades, peaceful believers were routinely persecuted, imprisoned, and forced underground.

Pope Francis is to be commended for beatifying these seven bishops, and honoring their resolute conviction to defend religious freedom.