"Crivelli’s Gold” celebrates 35 years of formal diplomatic relations between the U.S. and the Holy See 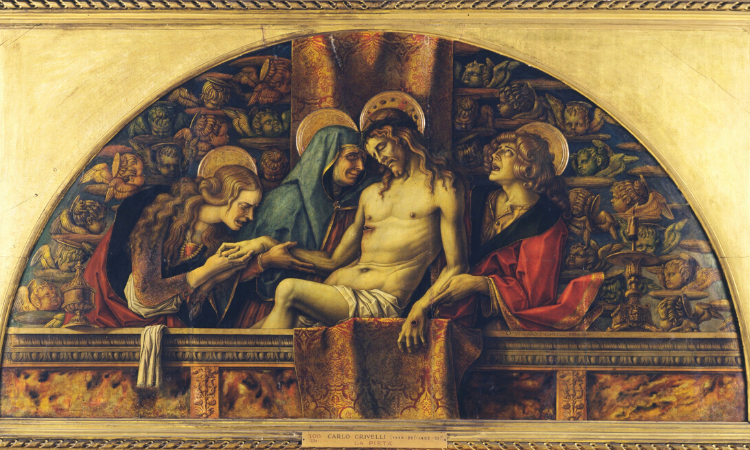 To celebrate our nation’s cultural ties to the Vatican, the U.S. Embassy to the Holy See is partnering with the Vatican Museums to co-host “Crivelli’s Gold,” a temporary exhibit in the Pinacoteca Vaticana commemorating the 35th anniversary of formal diplomatic relations between the United States and the Holy See.  The exhibit, which will run through January 21, 2020, will feature three Carlo Crivelli paintings, restored by U.S. Patrons of the Arts in the Vatican Museums.

The United States and the Holy See enjoy one of the most consequential diplomatic partnerships today.  Our friendship, based on common principles of mutual respect and moral leadership, extends beyond the political realm to cultural and artistic preservation, which is vital to our sense of shared history, values, and identity.

Our cultural diplomacy is exemplified by the patronage and generosity of U.S. Patrons – American philanthropists who play a critical role in preserving the Vatican’s priceless works of art, which are sensitive to the effects of time.

U.S. Patrons fund approximately 80 percent of all restoration projects at the Vatican Museums. Through their work, the Patrons ensure that the unique spiritual and cultural mission of the Vatican Museums continues to flourish, and that these works of art endure and inspire millions each year and for generations to come.  As Pope Francis said to the Patrons last year, “You have continued a centuries-long tradition, imitating the achievements of those who contributed to the Church’s history through art.”

The U.S. Embassy to the Holy See is proud to contribute to this tradition. It’s part of what makes our relationship with the Holy See, as conceived by President Ronald Reagan and Saint John Paul II, a world-wide force for good.