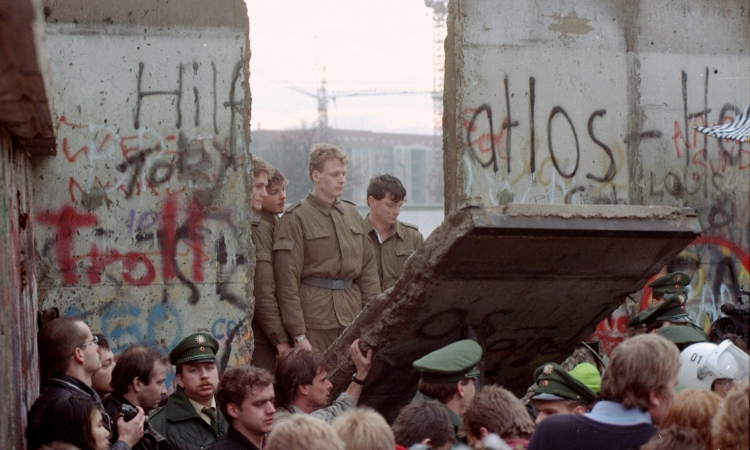 East German border guards are seen through a gap in the Berlin wall after demonstrators pulled down a segment of the wall at Brandenburg gate, Berlin. (AP Photo/Lionel Cironneau, File)

Today we honor the 30th anniversary of one of the most consequential and extraordinary events in modern times: the fall of the Berlin Wall.  I join with President Trump and Secretary Pompeo in offering congratulations to the people of Germany and Europe on this special day.

I will never forget the images of East Germans tearing down the wall that had separated an entire generation of people from family, friends, and the promise of freedom.

Today we also commemorate the memory of those heroes that stood with the people behind the Iron Curtain throughout the bitter Cold War against the Soviet Union.

Alongside Prime Minister Thatcher and Chancellor Kohl were two towering leaders with a shared vision of peace and justice: President Ronald Reagan and Pope John Paul II.  The relationship between the Pope and the President paved the way to the events of November 9, 1989, and helped consign the Soviet Union to the ash-heap of history.

As we celebrate the fall of the Berlin Wall and the triumph of liberty, we must be mindful of the challenges that remain as we strive to safeguard peace and freedom in Europe and around the world.