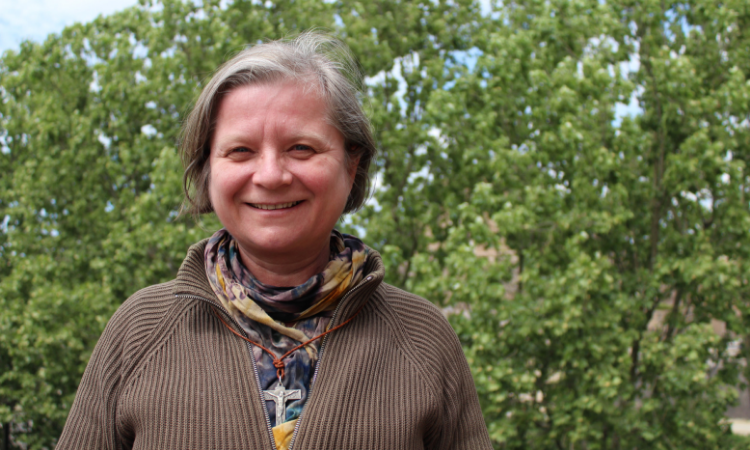 On behalf of the U.S. Embassy to the Holy See, I congratulate Sister Gabriella Bottani upon being honored as a 2019 Trafficking in Persons (TIP) Report Hero.

Each year the U.S. Department of State produces the TIP Report, assessing the efforts by foreign governments to combat the global crime of human trafficking.  Along with this report, the Department of State honors brave individuals who dedicate their lives to this same endeavor.  The Heroes are recognized for their tireless efforts—despite resistance, opposition, and even threats to their lives—to protect victims, punish offenders, and raise awareness of ongoing criminal practices in their countries and abroad.

Sister Gabriella, like all of this year’s honorees, fully embodies the qualities of a TIP Report Hero.  She is a prominent anti-trafficking advocate within the Catholic Church.  Her life-time of dedication to combatting human trafficking has saved countless lives.

In her role as the international coordinator of Talitha Kum, a world-wide network of over 2,000 Catholic nuns working on the frontlines to end human trafficking, Sister Gabriella oversees anti-trafficking initiatives across 77 countries.

Talitha Kum – now in its 10th year – has reached thousands of people through anti-trafficking awareness campaigns, education programs, international conferences, training manuals, and vocational training.  This dedicated network has served 10,000 survivors, accompanying them to shelters and residential communities, collaborating nationally and internationally on cases, and assisting with voluntary repatriation.  Talitha Kum has provided training to women religious in 65 countries on human trafficking prevention and protection.

The U.S. Embassy to the Holy See is proud of its long history of friendship and collaboration with Sister Gabriella Bottani and the Talitha Kum network.  Partnerships like this are crucial to the task of eradicating the global evil of human trafficking, once and for all.