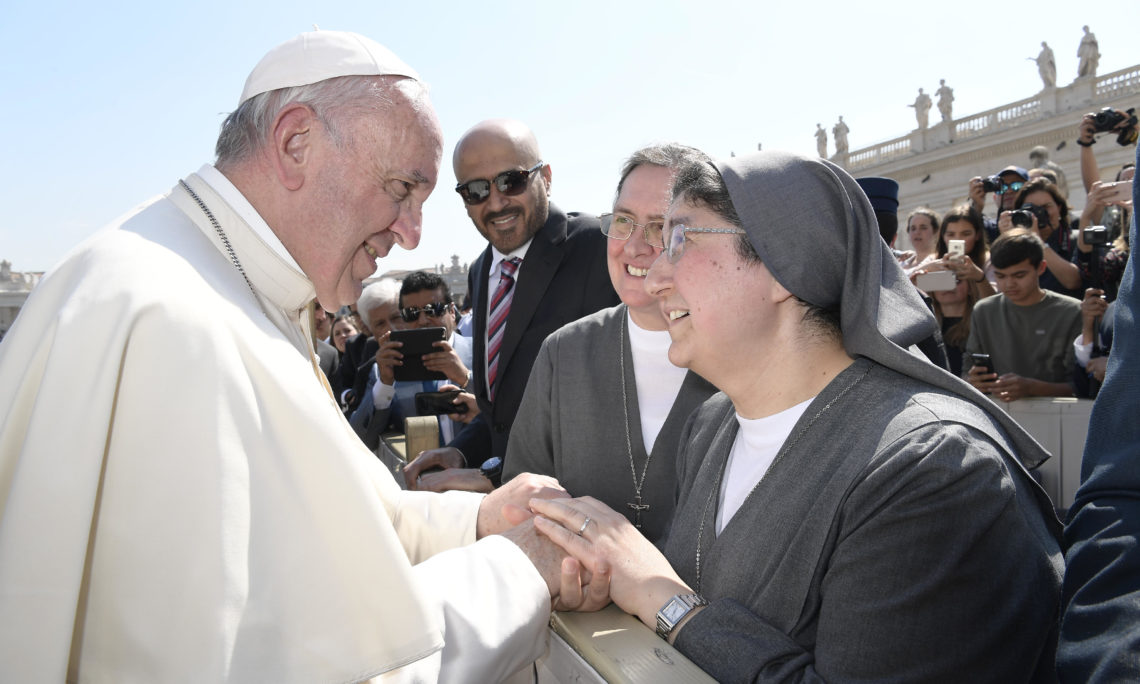 On April 12, 2017, International Woman of Courage (IWOC) Award recipient, Sister Carol Tahhan of Syria attended a papal audience in St. Peter’s Square. Following the audience, Sister Carol and Salesian Sister Chiara Cazzuola, Vicar General of the Daughters of Mary Help of Christians, had the chance to meet Pope Francis and ask for his blessing.

In an interview with Italian television station, TV2000, Sister Carol shared her fears, experienced by many when meeting His Holiness: what would she say? However, during their encounter he told her simply, “Forward, with courage.” To Sister Carol, those three words provided her with a renewed project for her life and service.

The Vatican newspaper, L’Osservatore Romano, published an article about Sr. Carol’s audience with the Pope, entitled “A Smile under the Bombs”: