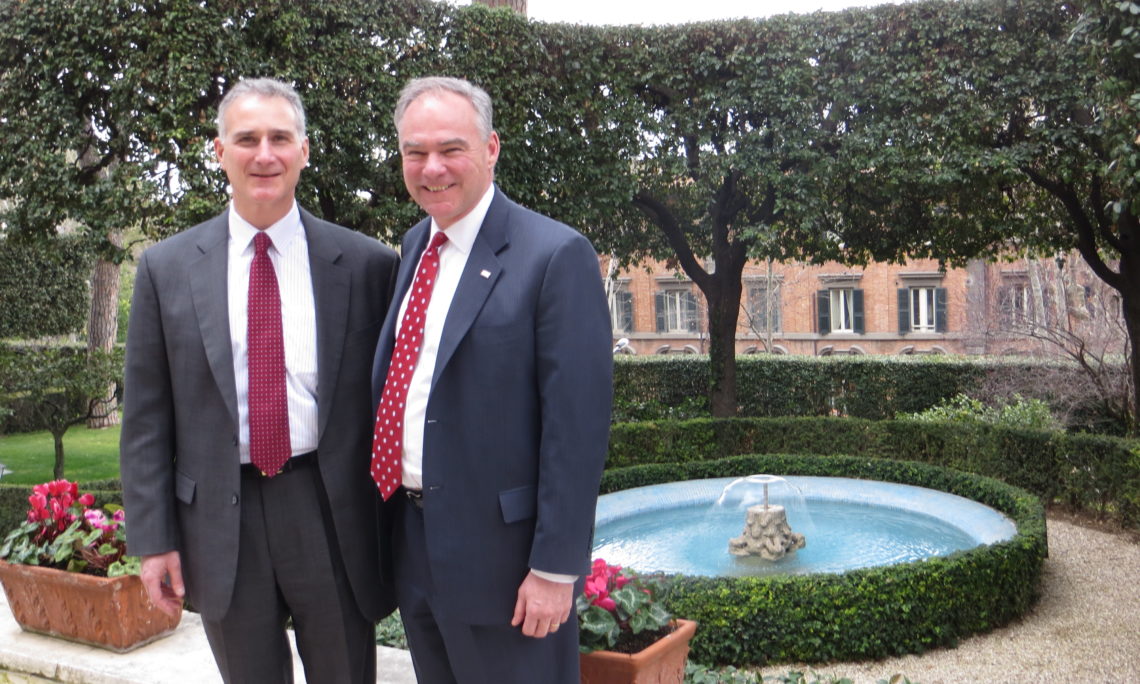 On February 22, 2017, the U.S. Embassy to the Holy See was delighted to welcome Senator Tim Kaine to Rome and Vatican City. While in the Eternal City, Senator Kaine had the opportunity to meet with Pope Francis, and talk about the global migration and refugee crisis. Senator Kaine also discussed this topic with officials from Jesuit Refugee Service, a Catholic NGO with a presence in 51 countries.

The following day, Archbishop Paul Gallagher, the Secretary for Relations with States at the Holy See’s Secretariat of State, discussed relevant issues connected to Latin America with the Senator.

Before departing back to Washington, Senator Kaine reaffirmed the work of the U.S. Embassy to the Holy See. “The bilateral relationship between the U.S. and the Holy See is tremendously important and the work we are doing together to address issues such as refugees, human trafficking, conflict resolution and reconciliation helps us advance peace in the world, as we try to end suffering and cooperate on issues of common good,” Kaine stated.