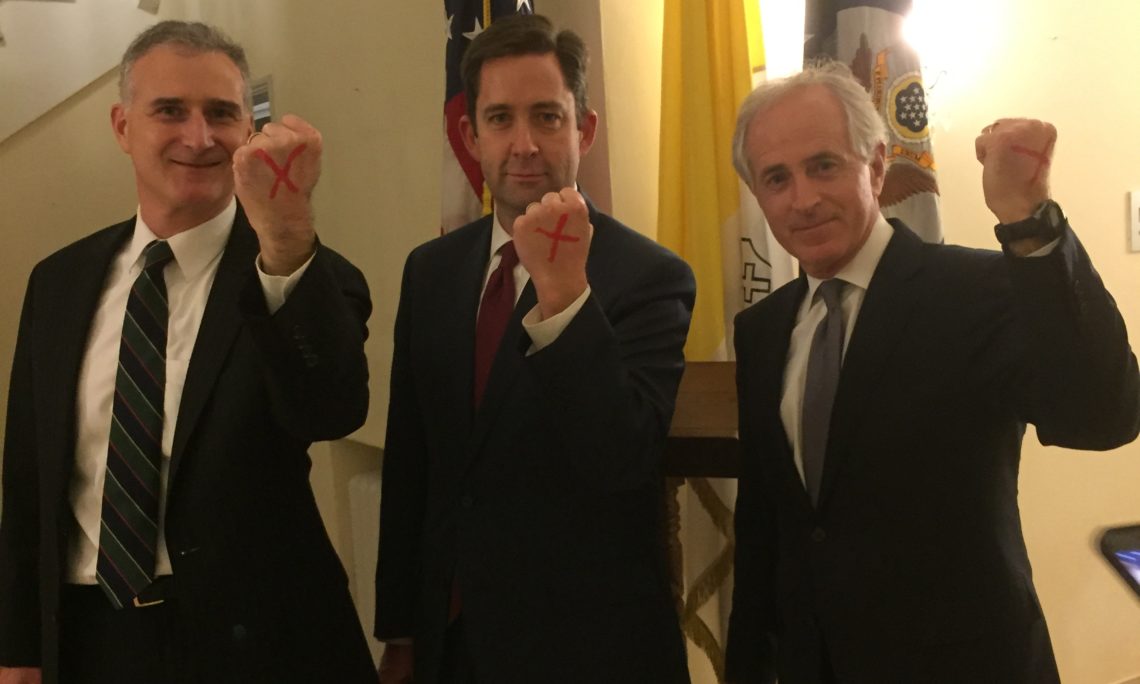 Chargé d’Affaires Louis Bono was delighted to welcome Senator Bob Corker to the U.S. Embassy to the Holy See on February 23, 2017. While in Rome, Senator Corker promoted a bipartisan pledge to end human trafficking and slavery. This pledge, a part of the “End it” campaign, was taken by a number of U.S. officials, including President Donald Trump and Chargé Bono (see picture above). The Tennessean Senator also met with Vatican officials to address human trafficking and its intersection with migration and security. The Trump administration and the Holy See have made fighting human trafficking a joint priority.

The Chairman of the Senate Foreign Relations Committee is optimistic about the international response to these issues. “The awareness of this is obviously growing, there are many people around the world working diligently,” Corker remarked. He is also confident in the U.S.’s leadership on this issue. Recognizing a lack of international organizational unity, Corker stated, “There are so many people around the world working towards [the end of slavery], but there’s yet to be an international effort to bring all of that together, like the international community did with PEPFAR and dealing with the global AIDS issue.” Bishop Marcelo Sanchez Sorondo, a Vatican senior official on human trafficking, affirmed this unifying effort.

During his visit to our Embassy, the Senator kindly shared this short video message with us: