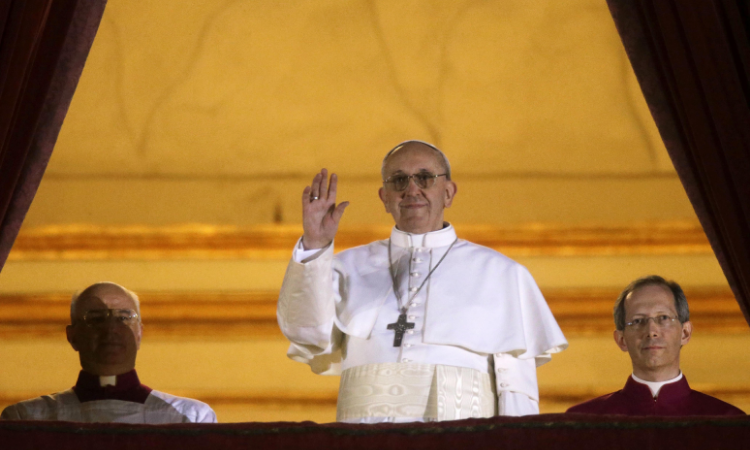 Pope Francis waves to the crowd from the central balcony of St. Peter's Basilica at the Vatican, Wednesday, March 13, 2013. Cardinal Jorge Bergoglio who chose the name of Francis is the 266th pontiff of the Roman Catholic Church. (AP Photo/Gregorio Borgia)

On the Commemoration of the Anniversary of Pope Francis’ Election

On behalf of the United States Government, I wish to congratulate His Holiness Pope Francis on the sixth anniversary of his election to the papacy. I appreciate his steadfast leadership in promoting peace and advancing religious freedom and human rights around the world. While the U.S.-Vatican friendship dates back to the founding of the United States, this year marks 35 years since the establishment of formal relations. I join millions of Americans in congratulating the Holy Father on this anniversary, and I look forward to continuing the U.S. partnership with the Holy See to address the many challenges our world faces today.