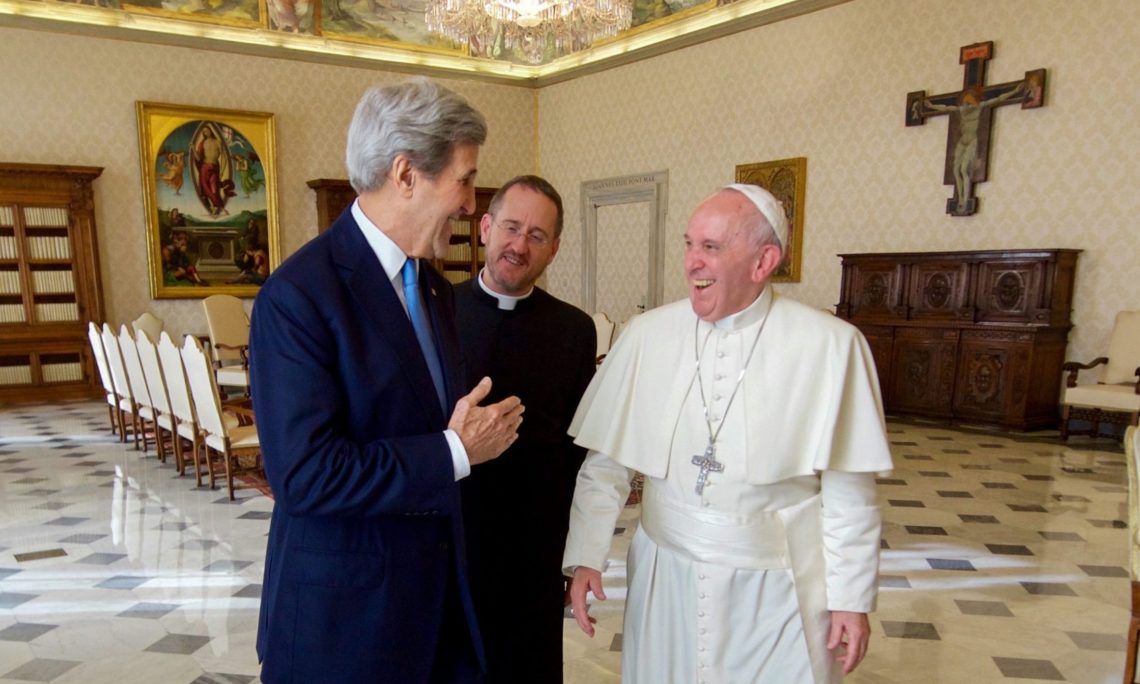 U.S. Secretary of State John Kerry is on travel to Vatican City. He met with His Holiness Pope Francis this morning in the Apostolic Palace. Click through our gallery to see more photos of the Secretary’s visit with the Pope.

Secretary Kerry will also meet with Holy See Secretary of State Cardinal Pietro Parolin this evening to discuss international issues and peace efforts, including the humanitarian crisis in Syria, violence in Ukraine, and the ongoing dialogue in Venezuela.

The United States deeply appreciates the efforts of His Holiness Pope Francis and the Holy See to focus attention on the plight of vulnerable migrants, call for action on climate change, prevent further persecution of religious and ethnic minorities in conflict areas, and support peaceful conflict resolution around the world.