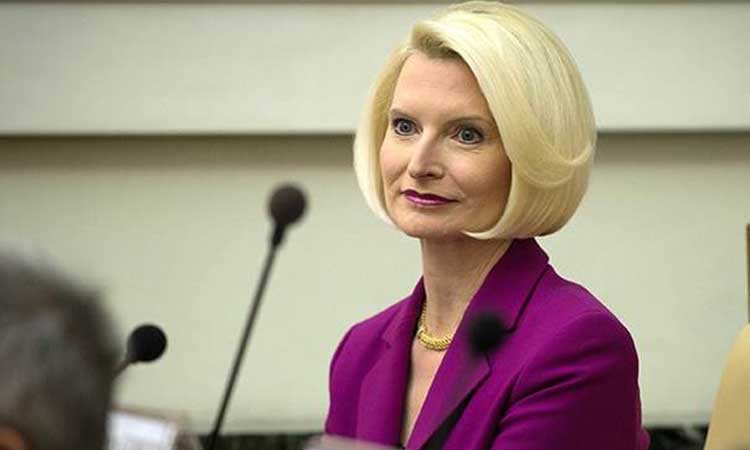 Remarks by U.S. Ambassador to the Holy See Callista Gingrich to the Santa Marta Group

Your Eminence, your Excellencies, reverend members of the clergy, distinguished members of the law enforcement community, colleagues, and friends: It is a privilege to be with you today.

I would also like to recognize Peter Edge, the Acting Deputy Director from the United States Department of Homeland Security, for his engagement on this important issue. Peter, thank you for being here today.

The United States is committed to fighting human trafficking and seeking an end to this horrific crime. A year ago, President Donald Trump pledged that he would bring the “full force and weight” of the U.S. government to combat “the human trafficking epidemic.”

As the United States Ambassador to the Holy See, I am dedicated to doing all that I can to combat human trafficking and slavery. My meetings with survivors have reinforced this cause.

No single government or organization can end the global scourge of human trafficking. Governments and civil societies around the world must work together to eradicate this horror.

The Catholic Church’s vast global reach makes it an ideal organization to partner with governments and service providers to prevent human trafficking and to provide care to the victims.

As U.S. Secretary of State Rex Tillerson noted in our 2017 Trafficking-in-Persons report, “Human trafficking is one of the most tragic human rights issues of our time. It splinters families, distorts global markets, undermines the rule of law, and spurs other transnational criminal activity.”

In the United States, a victim-centered approach used by federal law enforcement has made significant impact on both the prosecution of human traffickers and the rehabilitation of victims. This approach ensures that trauma experts, who fully understand the psychological and physical manifestations of trafficking, work directly with law enforcement to rehabilitate victims.

The traumatic experiences suffered by victims of human trafficking are beyond comprehension. It is crucial that law enforcement agencies develop strong and enduring partnerships with NGOs and faith based organizations that are on the front lines of survivor support.

This partnership is critical in bringing traffickers to justice, while ensuring sensitivity to survivors.

Both Homeland Security Investigations and the Federal Bureau of Investigation have established victim assistance positions within their major field offices.

In the United States, over three hundred NGOs and faith based organizations nationwide are engaged in this endeavor. Catholic Charities and the Young Men’s Christian Association are two of the most active participants.

Recently, I visited the Human Smuggling and Trafficking Center in Washington, D.C. This Center is composed of experts from the Departments of State, Homeland Security, and Justice.

During my visit, I learned about the Center’s joint efforts to dismantle and disrupt trafficking networks. I saw firsthand how the partnerships between law enforcement and victim service providers can make a real and lasting difference.

I was also briefed on Homeland Security’s “Operation Safe Haven,” which to date has led to the arrest of thirty-five traffickers from Mexico and Central America.

In this case, as in many others, a victim-centered approach was used to stabilize and to provide care for the victims.

Because of the testimony provided by the victims, all of the arrested perpetrators have pled guilty to human trafficking charges and are awaiting sentencing in prison.

In addition, all of the survivors are receiving appropriate care and job training as they begin to heal and rehabilitate. It is likely that in most of the countries represented here today, there are similar cases that have been investigated and prosecuted.

In September of 2017, Secretary Tillerson announced a $25 million award from the Department of State to the Global Fund to End Modern Slavery. This money will be used to combat global human trafficking.

With this funding, the United States is now investing in projects to eliminate all forms of modern slavery that align with the “3-P” framework of prosecution, protection, and prevention.

In fact, the United States Congress recently appropriated an additional $25 million to the Department of State for its efforts to end modern slavery.

I am encouraged by the significant achievements of the Santa Marta Group. Because of your efforts, thousands of lives will be saved.