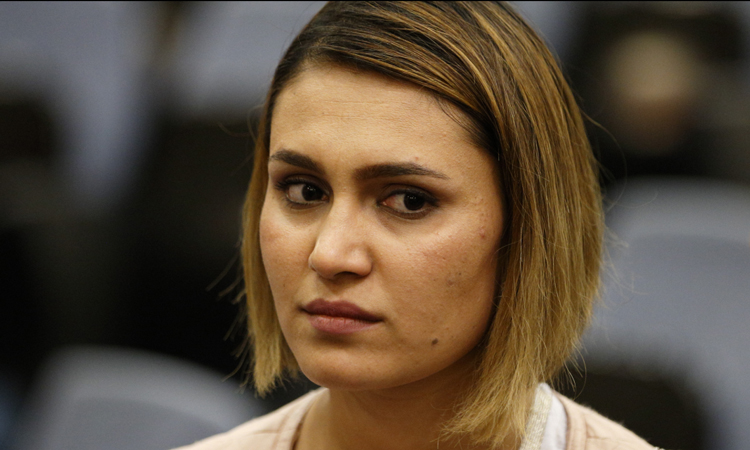 Ladies and Gentlemen, greetings and peace to you all.

Thank you for giving me this great opportunity to express the magnitude of the tragedy and persecution faced by the Yazidis and other vulnerable communities in Iraq and Syria.

I wish I could talk to you today about a happier subject but we have nothing beautiful  in our lives to discuss, only a black history of the genocides that have plagued us throughout history.

My name is Salwa Khalaf Rasho, and I am a Yazidi girl born in the town of Sinjar, Iraq in 1998. I have been living in Germany for almost three years.

It is very difficult for me to describe the consequences of 74 genocidal campaigns against my community in a matter of minutes, but I will try to talk about a small part of what I have experienced in the hope that it will alert the world to the dangers threatening our very existence as a people.

Do not be surprised when I tell you that our Yezidi community has been subject to 74 genocidal campaigns throughout history.

We are a historically persecuted group, and this has continued into the present day.

The most recent genocide began on the 3rd of August, 2014 when the Islamic State attacked our region in Northern Iraq and committed horrendous atrocities against my people.

They killed thousands of Yezidi men in the most horrific ways. As a result, about 60 mass graves of has been found in my town Sinjar.

More than 6000 women and girls were kidnapped, including me and many of my relatives. We have been subjected to all types of sexual and physical abuse and violence.

We were sold in slave markets. We were objects to be bought and purchased, alongside enduring continuous beatings and torture.

Many Yazidi children have been brainwashed and trained to become part of the terror group.

I myself spent eight months in the grip of the Islamic State, and during this period I was subjected to unthinkable practices.

I finally had the chance to escape from their grip, but other women and girls did not.

More than 3,000 of them are still missing, enduring a fate of daily rape and torture which has constituted their lives for the past four years.

Hundreds of thousands have become displaced in camps and others are now refugees in countries across the globe.

Those who are displaced are exposed to almost daily dangers in basic refugee camps, such as burning tents. Increasing numbers of Yazidis have serious health problems, including psychological issues, and the suicide rate is on the rise.

These are the dire conditions that my community and other minorities are  experiencing in Iraq and Syria, and it is getting worse every day.

When I finish this speech, I am sure that many of you will applaud, pity me and perhaps will cry with me.

You will be sorry for what had happened to me and my community, but I tell you that this will not change the painful reality in which we live.

To change this, we need action on the ground. In order to obtain our rights, we need concrete support from those who believe in humanity and justice.

Today, I appeal to you and ask you for a moment to imagine yourselves in my position, and understand the scale of our suffering and pain.

I call on you to work hard to end this genocide and to end the suffering of the religious minorities in Iraq and Syria through implementing the following points: –

These steps are the only way of preserving the existence of minorities in the region, especially Yazidi and Christians. If this action is not taken, our existence, identity and culture will be wiped out- fulfilling the aim of the Islamic State.

Thank you so much for listening