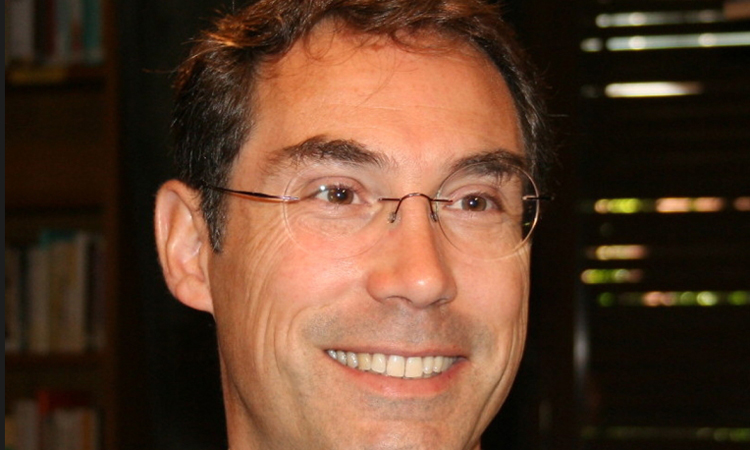 Your Excellency Ambassador Callista Gingrich, your Eminences, your Excellencies, distinguished guests. Thank you for inviting me to speak to you on behalf of the persecuted Christians of northern Iraq and Syria.

My name is Mark Riedemann and I am the Director of Public Affairs and Religious Freedom for the charity Aid to the Church in Need, a pontifical foundation supporting the Catholic faithful and other Christians where they are persecuted, oppressed or in pastoral need.

By way of a brief introduction, the foundation exists solely through the generosity of private donations. ACN generates about €120 million annually enabling us to support over 5000 projects every year in over 145 countries around the world.

Parallel to this project work Aid to the Church in Need pursues a limited Advocacy work and together with my esteemed colleague Marcela Szymanski based in Brussels, our activities are primarily focused on bringing the voice of the suffering and persecuted Church to those policy makers seeking information about challenges facing Christians. This work is particularly important in areas where the Christians suffer persecution (for example as a consequence of the blasphemy law in Pakistan) or in situations of war where Christians, often as a minority community, face an existential threat.

Nowhere is this concern for Christianity’s survival today greater than in Iraq and Syria.

As you know, before the invasion of Iraq in 2003 there were approximately 1.2 million Christians in the country. Today the number is about 300,000 of which approximately 95,000 of these remain sheltered in Erbil and surrounding region following the summer 2014 flight from the Christian villages in the Nineveh Plains as a consequence of the brutal attacks by ISIS.

Upon hearing of the plight of these Christians, ACN – with the blessing of His Beatitude Patriarch Sako and in cooperation with Archbishop Bashar Warda of the Chaldean Archeparchy of Erbil – we provided over €34 million between 2014 to 2017 to support the medical care, food, shelter and education of the displaced and local Christian population – including Yezidis and Muslims who sought help from the Church.

Parallel to this project work, Aid to the Church in Need Advocacy sought to draw attention on both the levels of the European Union as well as the United States to the suffering of the Christians and minority groups. This included the work of Marcela Szymanski who, together with lawyers in Brussels, drafted the first 500 page report detailing case studies and the legal foundation for a call to Genocide of these minorities.

Thankfully, supported by like-minded policymakers at the European Parliament, this resulted in the February 2016 positive resolution and recognition of Genocide against religious minorities in Iraq and later complemented by the work of the Knights of Columbus, served as the base for the March 2016 recognition of Genocide by the US State Department.

Notwithstanding the fact that these communities have been formally named by the US government as targets of Genocide these communities have received little to no help. Promises by UNICEF to rebuild schools in Teleskuf and Batnaya resulted in one coat of paint to the exterior walls replete with UNICEF logos; the rooms remain untouched and unusable. Promises by the UNDP to rebuild 2000 houses in Bartala (a mixed community of Shabak and Christians) so far have resulted in one room in each of these houses being restored. The remainder of the home remains as shattered as before.

Life goes on. Today the remaining 95,000 Christians in northern Iraq look to the future wondering whether there will be schools for their children, hospitals for their elderly, and work for the next generation. And they want to go home. As a consequence of the global community’s inaction, Iraqi Christians appealed again to the universal Church and again benefactors of ACN in Need along with those of other international Catholic charities – have stepped in.

Together with the three Christian churches of this region: the Chaldean, Syrian Catholic, and Syrian Orthodox, ACN created the Nineveh Reconstruction Committee (the NRC) and in February 2017, the “Return to the Roots” appeal seek to restore the almost 13,000 damaged and destroyed houses in the Nineveh Plains. To date of these over 4600 homes have been repaired – approximately 35% – and of the 19,500 families that lived in the Nineveh Plains prior to the attacks of ISIS in 2014, today over 8700 families have returned – about 45% of the total population. (1)

In undertaking this work it is important to note the motivation: it is not only to support the needs of this suffering population and their basic human right to stay in a country of their birth, but also to consider the wider role of Christians in guaranteeing a pluralistic society and serving as bridge builders in an antagonized and divided region. In the words of Cardinal Pietro Parolin: “In Iraq Christians have the special vocation of being artisans of peace, reconciliation and development.”

The return of these Christians to their homes is a matter of urgency as the window of opportunity is closing. If they do not return now to retake possession of their houses, others will occupy them.

There is also still much to be done: with summer approaching bearing temperatures of 45 to 50° and with 45% of the population returning, water and energy are priorities. The groundwater has been contaminated and villages are served by water trucks. These are insufficient for the growing needs. Much of the infrastructure has also been destroyed and so electricity for fans – not to speak of air-conditioning – as well as refrigeration to keep food is critical.

The final component is work. With a growing population, especially with the need to attract the young, employment is fundamental to retaining the population. The farms need to be revived and this cannot be done without international support. (1)

Confronted with the painful images we tend to forget that most of the Syrians are still in Syria and within the limitations seek to live as normal a life as they can. In rural areas the widespread destruction of agricultural and industrial structures is contributing to high levels of poverty; 69% of the population is estimated to be living in extreme poverty. (1)

Christians, as a minority community within this landscape, have suffered two-fold: vulnerability from the general breakdown in society, but moreover as a consequence of targeted attacks by Islamic fundamentalists of all flags, local and foreign. With the civil war raging it was not always clear to what degree attacks on Christians were a result of a targeted hatred for the minority or to what extent they were motivated by their perceived political allegiance to President Assad. With time however, it has become clear that Christians have suffered a disproportionate persecution at the hands of Sunni jihadist militias, which specifically targeted Christians and other minority groups. Of the original 1.2 million Christians in Syria, in excess of 700,000 have fled.

Syria is a priority country for our charity. Since the war broke out in 2011, in cooperation with ecumenical partners from 9 different Christian churches, ACN has funded 140 projects with over €25.2 million most of them in the form of emergency and pastoral aid. The main priorities among these are food, healthcare and scholarships. (1)

As a pastoral agency the support of our benefactors for suffering Christians is not a social activity but an expression of the love of God, and material support goes hand-in-hand with support to their spiritual needs. With peace returning to parts of Syria, in 2017 ACN started helping to repair Christian houses and some Church properties such as churches, pastoral centers and convents. It is particularly important for Christians returning to their homes that there is a house of God where they can worship and come together for weddings, funerals and community services.

And our Advocacy efforts in this landscape? Early on the war, most Western embassies closed down, news media withdrew their correspondents and NGO’s pulled out for security concerns. This led to scarce and sometimes unreliable information circulating about the situation on the ground. The Church, however, never leaves and never stops providing spiritual and material care. This means we also receive first-hand accounts of the needs of civilians, and over the years we have been able to bring the testimony of these men and women in Syria to different capitals in Europe.

Today the need for a global humanitarian response has been hampered by the international community’s decision keep sanctions in place. Without judging the correctness or not of this decision, the consequence is simple: the weight of response to human suffering is thrown on – among others – the Church. Our benefactors will stand with their suffering brothers and sisters – but it’s just not enough. Thank you for your time and attention.