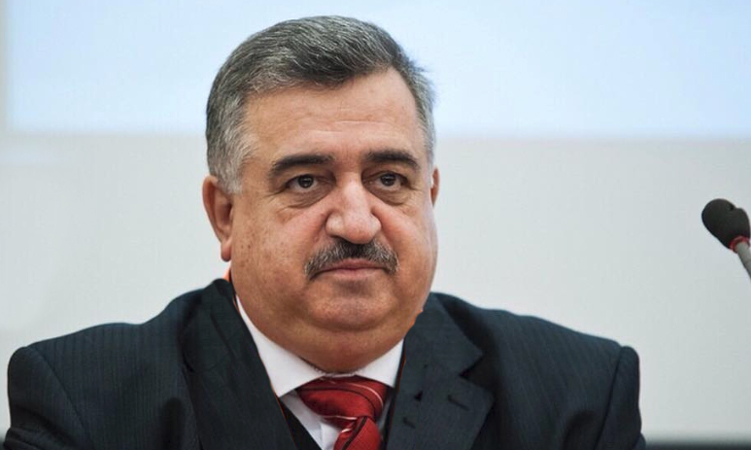 Your Eminences and Excellencies,

Thank you to the United States of America’s Embassy to the Holy See, represented by Her Excellency Callista Gingrich, the (Aid to the Church in need) organization and the community of Saint Egidio for their kind invitation to this symposium and for giving us this opportunity to speak about a very important, vital  and essential subject of today’s life .

Before starting with my speech I would like to congratulate the Iraqi Population and the world for the nomination of His Holiness Pope Francis to the designated Cardinal , the Chaldean Patriarch of Babylon and the World, Louis Raphael I Sako, to be Cardinal and member of the Cardinal congregation. He was supposed to participate at this conference to enrich us with his thoughts and experiences but some personal circumstances, as I was informed, prevented him to attend. I also thank the Yazidi Community activist, Salwa Khalaf Rasho for her speech, expressing my great distress to what our Yazidi people had to tolerate: the atrocity of Daesh criminal and terroristic organization attack, since there is no association between Daesh and the Islamic Al Haneef religion.

Ladies and Gentlemen, I start my speech with the wise phrase that says: “My personal freedom stops where others freedom starts”.

Religion as you may know – is one of the most personal essence that determinates behavior and thinking and it’s the person’s relationship with himself and with others, when we embrace a religion or adopt a doctrine we embrace its thoughts and act accordingly. A whole nation follows the same beliefs and principals and work accordingly.

Some of the religions are celestial and some are not, but when it comes to rule a nation, all countries have laws and constitutions, one of the Human rights laws established by the United Nation, Article 1,2 and 18 of  the Universal Declaration of Human Rights (UDHR) consists of :

“Everyone has the right to freedom of thought, conscience and religion; this right includes freedom to change his religion or belief, and freedom, either alone or in community with others and in public or private, to manifest his religion or belief in teaching, practice, worship and observance”.

Also the Islamic religion has given this liberty for fourteen centuries in its texts and verses, one is very specific and says: “There shall be no compulsion in [acceptance of] the religion” .

Ladies and gentlemen, I was born and raised in a country where there are several different kinds of religions, and this has never formed a trust crisis that led to religious conflicts nor ethnical wars, at the contrary, all Iraqi people lived together in peace, enjoying their freedom of religion under the wing of one country.

What is happening now in our world is that the religion freedom is obstacle and we feel that a clear invitation to hate each other from different parts using religion as an excuse – and here I am not pointing out on a specific religion- unfortunately we have fanatics in every religion- they base their beliefs on religious texts that were manipulated  or misinterpreted, that’s why we need to invite all the  wise leaders of the world to reflect and stand up and form a solid front to go back to the origin of the three celestial religions which belong to the same God, defined as “peace” where his prophets  were sent to be creators peace and not wars.

Therefore our only hope is Dialogue, Dialogue and Dialogue. And I have touched this truth during my work as an Ambassador to the Republic of Iraq to the Holy See, where the capacity of His Holiness, Pope Francis in leading the rudder of dialogue with great efficiency and determination and admired by his followers all over the world and from other religions, and I was privileged to attend at several of them.

Finally I want to thank you again for taking your precious time and for giving me this chance,  hoping that these symposiums will continue by having the same context for its great importance to consolidate the line of dialogue and to spread forgiveness and harmony among us.