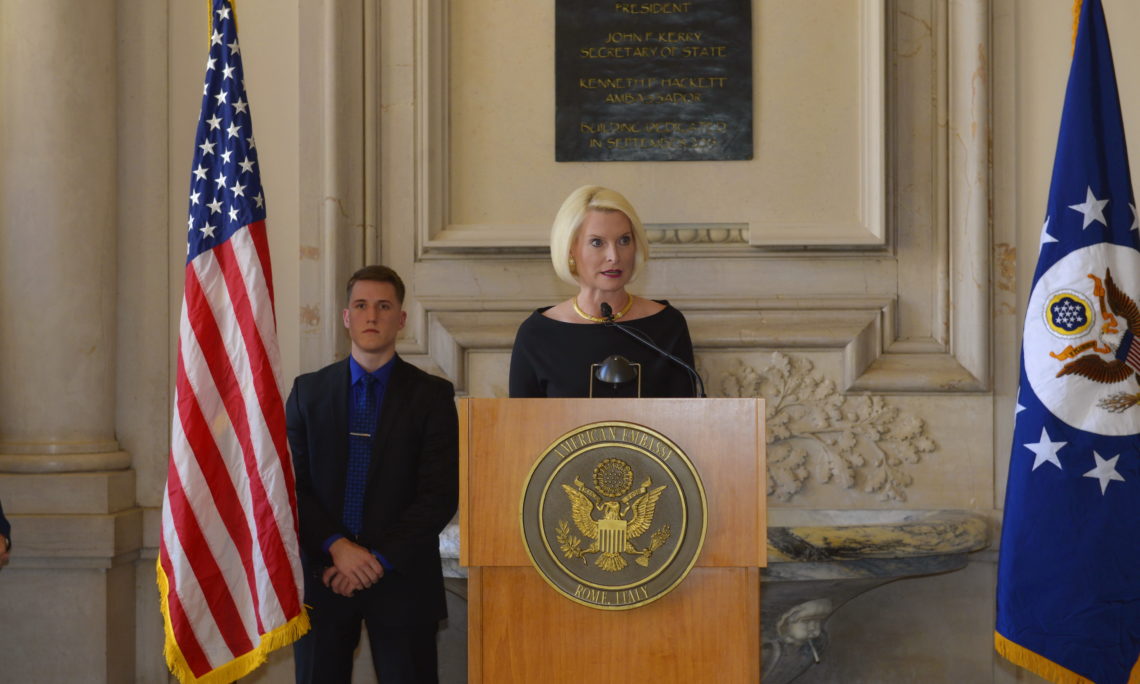 Ambassador Eisenberg, Chargé Duffy, colleagues, and friends, it’s an honor to join you on this solemn occasion.

Today we come together to honor the memory of nearly 3,000 innocent people murdered by terrorists seventeen years ago.

Seventeen years may seem like a long time, but for countless American families who lost loved ones, and for many of us here, the vivid memory of that day remains.

I was working on Capitol Hill that morning, watching events unfold in utter disbelief, and wondering if we too were going to be attacked.  None of us knew what was happening or what to do.  Amidst the confusion, we found ourselves running from the Capitol to find safety.

Those of us who lived through 9/11 will never forget the sense of shock, of anger, and of helplessness.  Many of us vowed that day to do more to defeat terrorism and to protect the innocent.

Seventeen years later, we have to admit the problem is bigger, the challenge is greater, and our enemies are more determined and more resilient than we could have ever imagined.

So this afternoon we gather to remember those whose lives were taken on that fateful September day.

We also remember those who have been killed or wounded in the long struggle against terrorism.  Since 9/11, over 7,000 patriots have lost their lives fighting terrorism around the globe.

And so today we once again strengthen our resolve to stand together as a nation.

Together we will protect our freedom.

Together we will defeat the forces of terror.

And together we will create a safer world for our children and grandchildren.

We owe this to the victims and heroes of 9/11, and to all those who have made the ultimate sacrifice for America.  They will never be forgotten.

And now please join me in a moment of silence as we honor and remember the men and women whose lives were lost on September 11, 2001.

(Silence for 1 minute) Thank you and God bless.