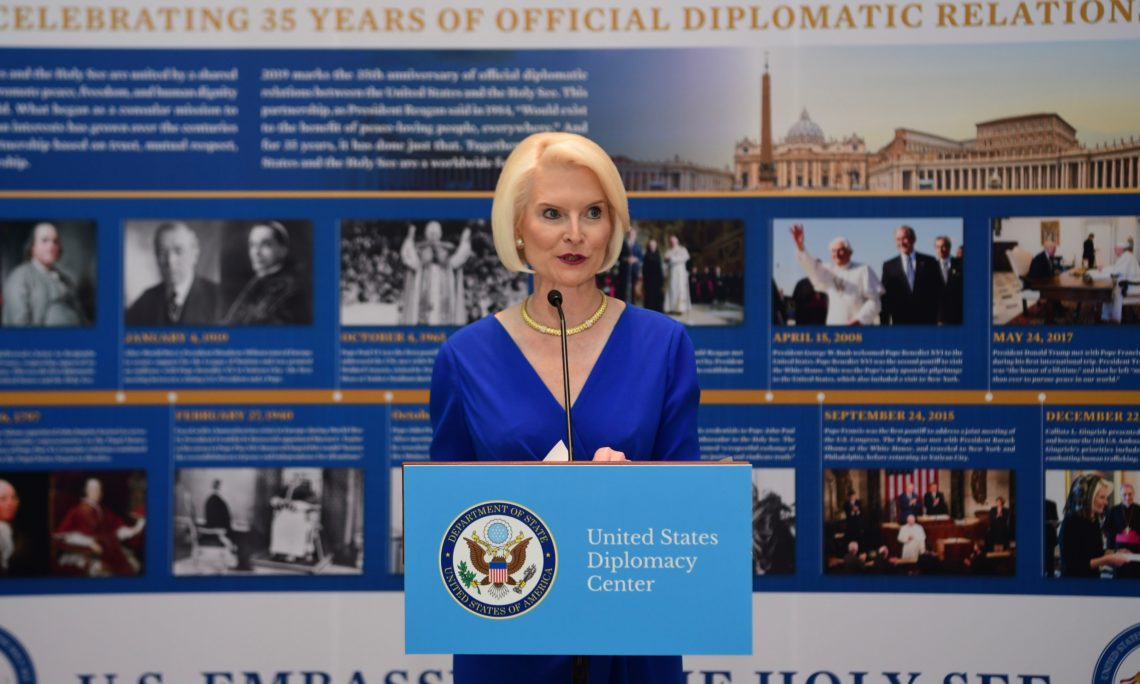 Remarks by Ambassador Callista L. Gingrich at an Exhibition and Reception in Honor of the 35th Anniversary of Diplomatic Relations between the United States and the Holy See

Your Eminence, your Excellencies, distinguished guests, and friends.

It is my honor to welcome you to this reception and exhibit commemorating the 35th anniversary of formal diplomatic relations between the United States and the Holy See.

I would also like to extend my gratitude to Monsignor Walter Rossi and Dr. Geraldine Rohling from the Basilica of the National Shrine of the Immaculate Conception, for their collaboration on this wonderful exhibit.

And finally, I would like to thank Carl Anderson and the Knights of Columbus for their most generous support of this celebration.

I am delighted that we are joined this afternoon by several former U.S. ambassadors to the Holy See including, Secretary Nicholson, Ambassador Diaz, and Margaret Melady, the wife of former Ambassador Thomas Melady. Thank you for being here!

This exhibit tells the story of one of the most consequential diplomatic partnerships in history.

As this exhibit illustrates, America’s friendship with the Vatican has grown over the centuries into a global partnership based on common values, mutual respect, and moral leadership.

In the coming months, the U.S. Embassy to the Holy See will continue to host special symposiums and cultural events as part of our 35th anniversary celebration.

I am pleased to announce, that as a direct result of this week’s Ministerial to Advance Religious Freedom, the United States and the Holy See will co-host a symposium in Rome on October 2nd, highlighting the importance of working with faith-based organizations to support and protect religious freedom.

Working together with the Holy See, the United States remains committed to advancing peace, freedom, and human dignity around the world.

Thank you all for being here as we honor and celebrate this great diplomatic legacy. 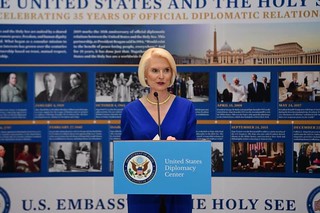