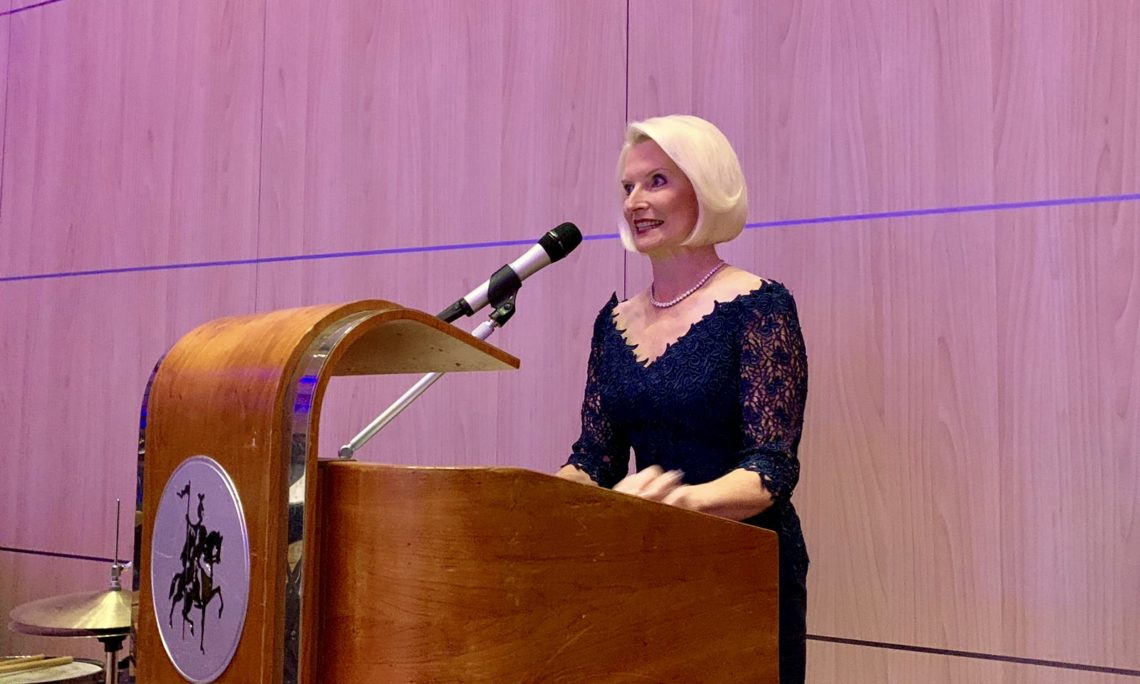 Ambassador Eisenberg, Chargé Duffy, distinguished guests, and Marines – good evening!  Thank you for the opportunity to be with you as we celebrate the 243rd birthday of the United States Marine Corps.

Few American institutions can claim that they predate our nation’s independence. The Marine Corps is one of them.

On November 10, 1775, just eight months before the signing of the Declaration of Independence, a committee of the Second Continental Congress met in Philadelphia.  Here they drafted a resolution calling for two battalions of Marines to fight on land and sea.  The resolution was quickly adopted, and officially created the Continental Marines.

For over two centuries, the Marines have been a part of America’s great military history – carrying out our nation’s first amphibious assault in the Revolutionary War, raising our flag on Iwo Jima in World War II, and responding when called upon in Iraq and Afghanistan. The Marines have always been “first to the fight!”

Beyond their unparalleled service on the battlefield, the Marines have contributed a great deal to U.S. diplomacy, through a long history of cooperation with the Department of State.

Following the establishment of the Marine Security Guard Program in 1948, the Marine Corps and the State Department forged one of the strongest civilian-military partnerships in the history of the United States.

Alongside our diplomats, the Marines have endangered and sacrificed their lives in defense of our diplomatic missions.

And now, more than ever, as our country faces complex challenges and increased dangers abroad, the commitment and professionalism of our Marine Security Guards enable our diplomats to do their jobs to advance U.S. foreign policy.

This is true here in Rome and in posts around the world.  The United States Marines are indispensable to our nation’s diplomacy.

The men and women who protect our embassies and missions personify America’s best values of integrity, courage, and service.

And so to our Marines here this evening:  Please know that all of us deeply appreciate the safety and security you provide to our Tri-Mission Community, and to our country.  We are proud and grateful for all that you do.

I’d also like to acknowledge the Marine families who are here tonight, for their support and sacrifice.

You are as much a part of the proud and illustrious Marine Corps legacy as our brave men and women in uniform.

Again, thank you.  It is an honor and a privilege for Newt and me to celebrate this special day with all of you.