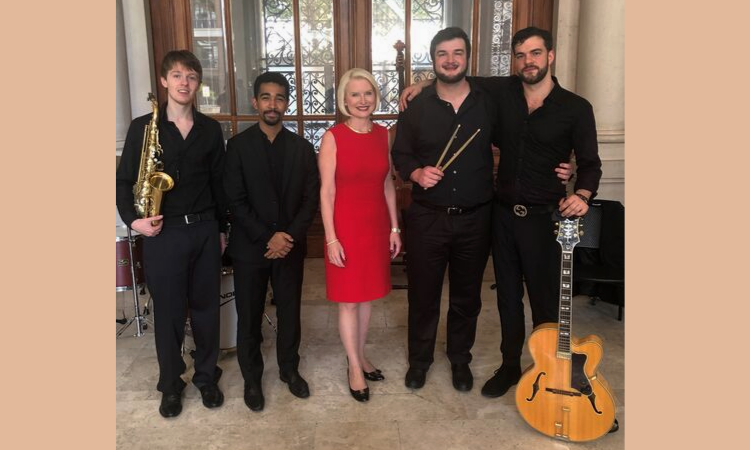 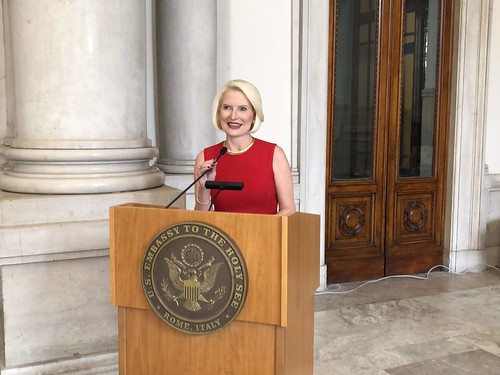 Remarks by Ambassador Gingrich at a Jazz Pop-Up Concert Hosted by CLO and AECA for the Tri-Mission Community.

I am delighted to welcome you to an afternoon of jazz, featuring the Latona Jazz Quartet. Today’s concert is performed by Andrew Latona on guitar, Malik McLaurine on bass, Theo Rosenfeld on alto saxophone, and Christopher Latona on drums.

I’d like to thank the CLO and AECA for organizing this great event. And I’m pleased to see so many of you here for this afternoon’s “pop up” concert.

On Wednesday evening, the Latona Quartet performed for a jazz dinner in honor of the 35th anniversary of diplomatic relations between the United States and the Holy See.

There is a long and vibrant history of using jazz music to strengthen our diplomatic bonds overseas.

First and foremost, Jazz is a uniquely American musical genre that has its roots in many cultural traditions.

It originated in the African American community in New Orleans, in the early part of the 20th century and flourished through its embrace of diversity.

Jazz is a product of cultural and ethnic collaboration, united by the universal language of free expression and improvisation.

After the first recordings of jazz were made in 1917, the music spread widely across the United States and around the world. Today, jazz remains one of America’s greatest exports.

And Jazz musicians have served as some of our country’s most influential cultural diplomats.

During the height of the Cold War, prominent American jazz musicians, including Duke Ellington, Louis Armstrong, and Dave Brubeck toured around the world as “Jazz Ambassadors.”

In the face of political and social divisions across nations and people, these Jazz Ambassadors engendered goodwill and dialogue.

Since then, the U.S. Department of State has partnered with Jazz musicians on cultural exchanges. And that’s why we invited the Latona Jazz Quartet to Rome to help us celebrate our diplomatic anniversary.

So without further ado, please join me in welcoming the Latona Jazz Quartet!

Thank you and enjoy the performance.