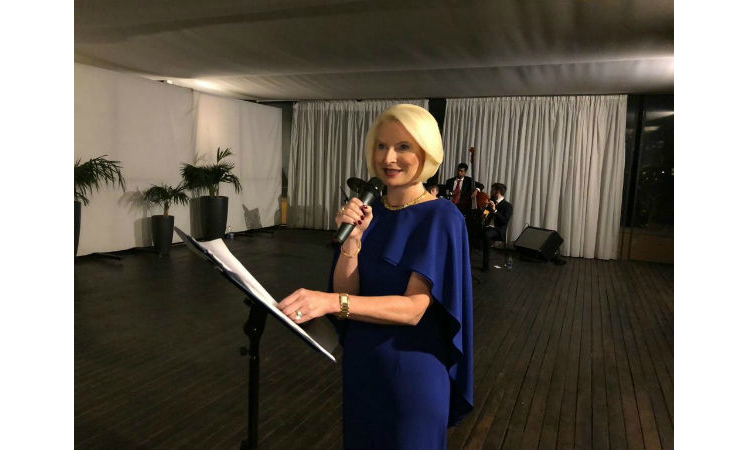 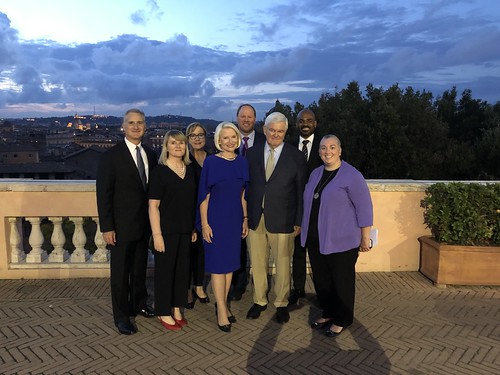 Jazz Concert in Celebration of the 35th Anniversary of Diplomatic Relations.

I am delighted to welcome you to an evening of jazz, featuring the Latona Jazz Quartet.

Tonight’s concert is performed by Andrew Latona on guitar, Malik McLaurine on bass, Theo Rosenfeld on alto saxophone, and Christopher Latona on drums.

Before we get started, I’d like to thank Terrazza Caffarelli for the opportunity to be here this evening.

Tonight’s musical program celebrates jazz – a unique American genre that originated in the African American community in New Orleans, in the early part of the 20th century and flourished through its embrace of diversity.

Jazz is a product of cultural and ethnic collaboration, united by the universal language of free expression and improvisation. Jazz is undefined, determined, and emotional. It relies on character, discipline, perseverance, and innovation.

The story of Jazz, in short, is the story of America. With its emphasis on spontaneity, freedom, and diversity, jazz embodies the independence and resilience of the American spirit.

“Put it this way,” Duke Ellington once said, “Jazz is a good barometer of freedom.”

After the first recordings of jazz were made in 1917, the music spread rapidly across the United States and around the world. Today, Jazz remains one of America’s greatest exports.

And Jazz musicians have served as some of our country’s most influential cultural diplomats, reflecting the values long cherished by Americans.

During the height of the Cold War, prominent American jazz musicians, including Duke Ellington, Louis Armstrong, and Dave Brubeck toured around the world as “Jazz Ambassadors.” In the face of political and cultural divisions, these Jazz Ambassadors engendered goodwill and dialogue.

It’s fitting that we celebrate this American art form, as we celebrate the 35th anniversary of diplomatic relations between the United States and the Holy See. Thirty-five years ago, President Ronald Reagan and Saint John Paul II established one of the most consequential diplomatic relationships in history. Over the years, the United States and the Holy See have worked together to address global challenges.

Our relationship, built on a foundation of trust, mutual respect, and moral leadership, has advanced peace, freedom, and human dignity around the world.

Tonight’s concert is a celebration of this great legacy.

So without further ado, it is my honor to present the Latona Jazz Quartet. Thank you and enjoy the evening!