Emergency Alert Information for American Citizens
COVID-19 Travel Guidance for U.S. Citizens
The CDC requires all air passengers entering the U.S. (including U.S. citizens and Lawful Permanent Residents) to present a negative COVID-19 test, taken within one day of departure or proof of recovery from the virus within the last 90 days.
Smart Traveler Enrollment Program
Enroll for Alerts
Emergency Assistance
Emergency Information and Contacts
Visit Travel.State.gov for More Information
Remarks by Ambassador Gingrich at a Reception in Honor of the Cardinal Newman Society
By U.S. Mission Holy See
4 MINUTE READ 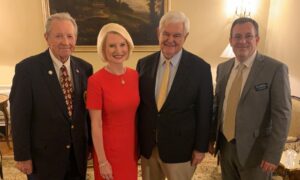 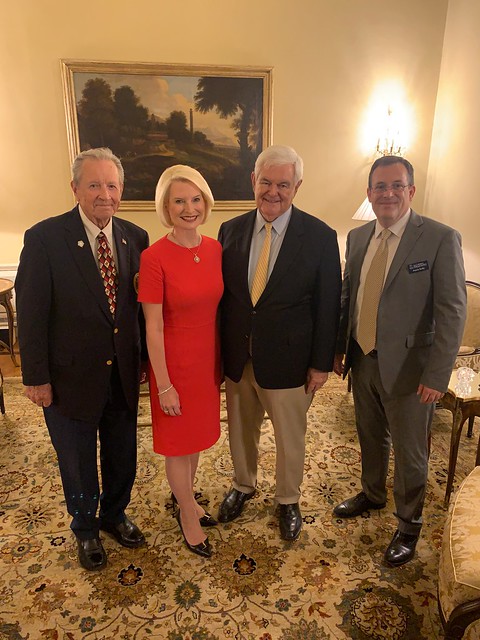 Remarks by Ambassador Gingrich at a Reception in honor of the Cardinal Newman Society.

Good evening! Newt and I are so pleased to welcome you to Villa Richardson.

I’d also like to acknowledge another special person with us this evening: Major General Patrick Brady.  General Brady spent over 34 years in the U.S. Army serving in stations around the world.  On October 9, 1969, he received the Medal of Honor for his valor during the war in Vietnam.  He also holds the Distinguished Service Cross, our nation’s second highest military honor.  Without a doubt, General Brady is one of America’s most decorated living veterans.  He is a testament to the best our country has to offer.  Thank you, General, for your service to our country, and for joining us this evening.

It speaks well of the Cardinal Newman Society to have someone like General Brady as a member.

Named in honor of Saint John Henry Newman, the Cardinal Newman Society supports education that is true to the teaching and tradition of the Catholic Church.

Saint Newman himself was a lifelong advocate for education, reason, and the discovery of truth.  He believed that a strong Catholic education, and adherence to the teachings of the Church, could bring us closer to the truth.

Saint Newman was a scholar, a theologian, a poet, and famously, a convert. But above all, he was a teacher.

In a beatification homily, 19 years ago in Birmingham, England, Pope Benedict XVI paid tribute to Saint Newman, saying that he had “done so much to shape the ethos that is the driving force behind Catholic schools and colleges today.”

The true mission of a university, said Saint Newman, is to “educate the intellect to reason well in all matters, to reach out toward truth, and to grasp it.”

Saint Newman chose as his motto, “Cor ad cor loquitur,” or “Heart speaks to heart.”  This message gives us an insight into his understanding of the Christian life as a call to service – and to the power of personal relationships, both with God and man.

And his legacy is preserved through organizations like the Cardinal Newman Society, which work diligently to promote Saint Newman’s vision for Catholic schools and colleges in the United States and around the world.

Thank you for joining us this evening as we celebrate the life and legacy of Saint John Henry Newman.