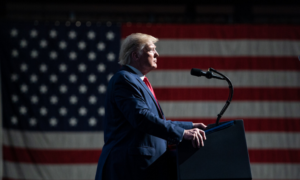 From its opening pages, the story of America has been rooted in the truth that all men and women are endowed with the right to follow their conscience, worship freely, and live in accordance with their convictions. On Religious Freedom Day, we honor the foundational link between freedom and faith in our country and reaffirm our commitment to safeguarding the religious liberty of all Americans.

Religious freedom in America, often referred to as our “first freedom,” was a driving force behind some of the earliest defining moments of our American identity. The desire for religious freedom impelled the Pilgrims to leave their homes in Europe and journey to a distant land, and it is the reason so many others seeking to live out their faith or change their faith have made America their home.

More than 230 years ago, the Virginia General Assembly passed the Virginia Statute for Religious Freedom, which was authored and championed by Thomas Jefferson. Jefferson famously expounded that “all men shall be free to profess, and by argument to maintain, their opinions in matters of Religion, and that the same shall in no wise diminish, enlarge or affect their civil capacities.” This statute served as the catalyst for the First Amendment, which enshrined in law our conviction to prevent government interference in religion. More than 200 years later, thanks to the power of that Amendment, America is one of the most religiously diverse nations in the world.

Since I took office, my Administration has been committed to protecting religious liberty. In May 2017, I signed an Executive Order to advance religious freedom for individuals and institutions, and I stopped the Johnson Amendment from interfering with pastors’ right to speak their minds. Over the last 3 years, the Department of Justice has obtained 14 convictions in cases involving attacks or threats against places of worship. To fight the rise of anti-Semitism in our country, I signed an Executive Order last month to ensure that Federal agencies are using nondiscrimination authorities to combat this venomous bigotry. I have also made clear that my Administration will not tolerate the violation of any American’s ability to worship freely and openly and to live as his or her faith commands.

My Administration also remains cognizant of the stark realities for people seeking religious liberty abroad and has made protecting religious minorities a core pillar of my Administration’s foreign policy. Repressive governments persecute religious worshipers using high-tech surveillance, mass detention, and torture, while terrorist organizations carry out barbaric violence against innocent victims on account of their religion. To cast a light on these abuses, in July 2019, I welcomed survivors of religious persecution from 16 countries into the Oval Office. These survivors included Christians, Jews, and Muslims, who all shared similar stories of persecution. At the United Nations in September, I called on global leaders to take concrete steps to prevent state and non‑state actors from attacking citizens for their beliefs and to help ensure the sanctity and safety of places of worship. And, last summer, the State Department convened its second Ministerial to Advance Religious Freedom, where our diplomats engaged a broad range of stakeholders in government and civil society, both religious and secular, to identify concrete ways to combat religious persecution and discrimination around the world and ensure greater respect for freedom of religion and belief.

On this Religious Freedom Day, we reaffirm our commitment to protecting the precious and fundamental right of religious freedom, both at home and abroad. Our Founders entrusted the American people with a responsibility to protect religious liberty so that our Nation may stand as a bright beacon for the rest of the world. Today, we remain committed to that sacred endeavor and strive to support those around the world who still struggle under oppressive regimes that impose restrictions on freedom of religion.

NOW, THEREFORE, I, DONALD J. TRUMP, President of the United States of America, by virtue of the authority vested in me by the Constitution and the laws of the United States, do hereby proclaim January 16, 2020, as Religious Freedom Day. I call on all Americans to commemorate this day with events and activities that remind us of our shared heritage of religious liberty and that teach us how to secure this blessing both at home and around the world.

IN WITNESS WHEREOF, I have hereunto set my hand this
fifteenth day of January, in the year of our Lord two thousand twenty, and of the Independence of the United States of America the two hundred and forty-fourth.