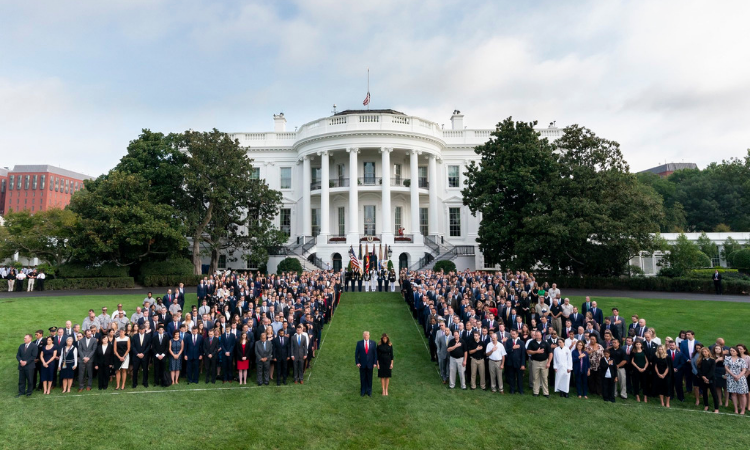 On Patriot Day, we solemnly remember the nearly 3,000 people who perished on September 11, 2001. With gratitude, we honor the brave first responders, resolute members of our military, and ordinary Americans who showed extraordinary courage to save others on that fateful day. We will always be grateful for the heroic men and women of our Armed Forces who fought in defense of our country in the aftermath of the largest terrorist attack on American soil, and we will never forget those who made the ultimate sacrifice to defend our liberty and freedom.

Many Americans vividly recall the precise moment when terrorists killed our fellow Americans at the World Trade Center in New York City; at the Pentagon in Arlington, Virginia; and on a quiet field in Shanksville, Pennsylvania. A beautiful September morning was marred by stark disbelief, agonizing sorrow, and profound suffering. America’s strength, courage, and compassion, however, never wavered. First responders instantly rushed into harm’s way to save their fellow Americans from the wreckage of the attacks, the passengers and crew of United Flight 93 decisively fought back and saved countless lives at the cost of their own, and Americans from across the country provided aid, assistance, and comfort to those in need. Against the backdrop of cowardly acts of terror, America once again demonstrated to the world the unmatched strength of our resolve and the indomitable power of our character.

This year, I was proud to sign into law the Permanent Authorization of the September 11th Victim Compensation Fund Act. This bipartisan legislation, named in honor of New York first responders Officer James Zadroga, Firefighter Ray Pfeifer, and Detective Luis Alvarez, permanently reauthorizes compensation for victims and their families, first responders, and those on the front lines of rescue and recovery operations at Ground Zero. Through this legislation, our Nation is fulfilling our sacred duty to those who risked their lives for their fellow Americans on that infamous September day 18 years ago.

Our prayers will continue for the survivors who still bear physical and emotional wounds and for the families who lost loved ones. We also pray for the members of our Armed Forces who risk their lives in service to our country and for the first responders who work tirelessly to ensure the safety of others. Today, let us remember that our Union — forged and strengthened through adversity — will never be broken and that the immeasurable sacrifices of our patriots will never be forgotten.

IN WITNESS WHEREOF, I have hereunto set my hand this tenth day of September, in the year of our Lord two thousand nineteen, and of the Independence of the United States of America the two hundred and forty-fourth.