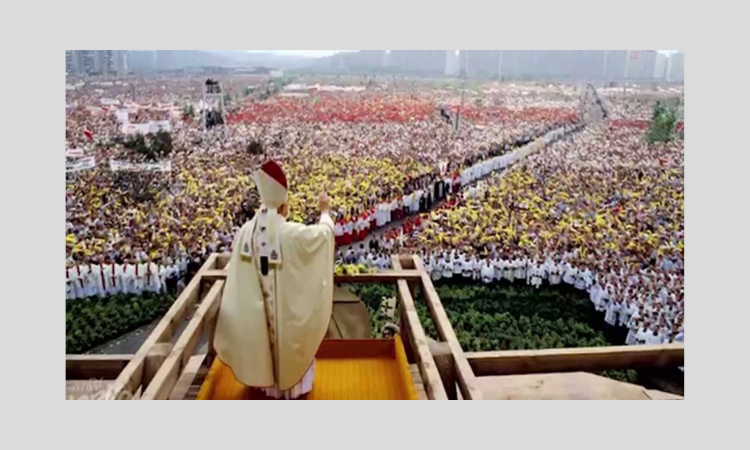 Presidential Message in Commemoration of the 40th Anniversary of Pope John Paul II’s First Pilgrimage to Poland
Issued on: June 2, 2019

On this day, we commemorate the 40th anniversary of St. Pope John Paul II’s historic celebration of the Mass on June 2, 1979, in Warsaw, the opening of a nine-day visit to Poland that changed the course of history. As we remember the long struggle of the Polish people against communism, we also acknowledge that millions of people now live in freedom because of St. Pope John Paul II and his extraordinary life as a follower of Jesus Christ and a champion for human dignity and religious liberty.

In his homily forty years ago, St. Pope John Paul II delivered a powerful message of hope to the crowd gathered in Warsaw, to all of Poland, and to the world. His words stood tall against the repressive forces of communism throughout Poland and the rest of Europe. He inspired courage in the hearts of millions of men and women to seek a better, freer life.

Today, we celebrate this historic moment and reaffirm our commitment to ensuring that freedom always prevails. The United States and our allies stand united against the shackles of communism and as a beacon of liberty and prosperity throughout the world.

Melania joins me in remembering St. Pope John Paul II, whose poignant address stirred the soul of the Polish people and eventually helped tear down the Iron Curtain of communism in Europe. May we continue to be strengthened by his words and his call to God’s abundant compassion, strength, and glory.