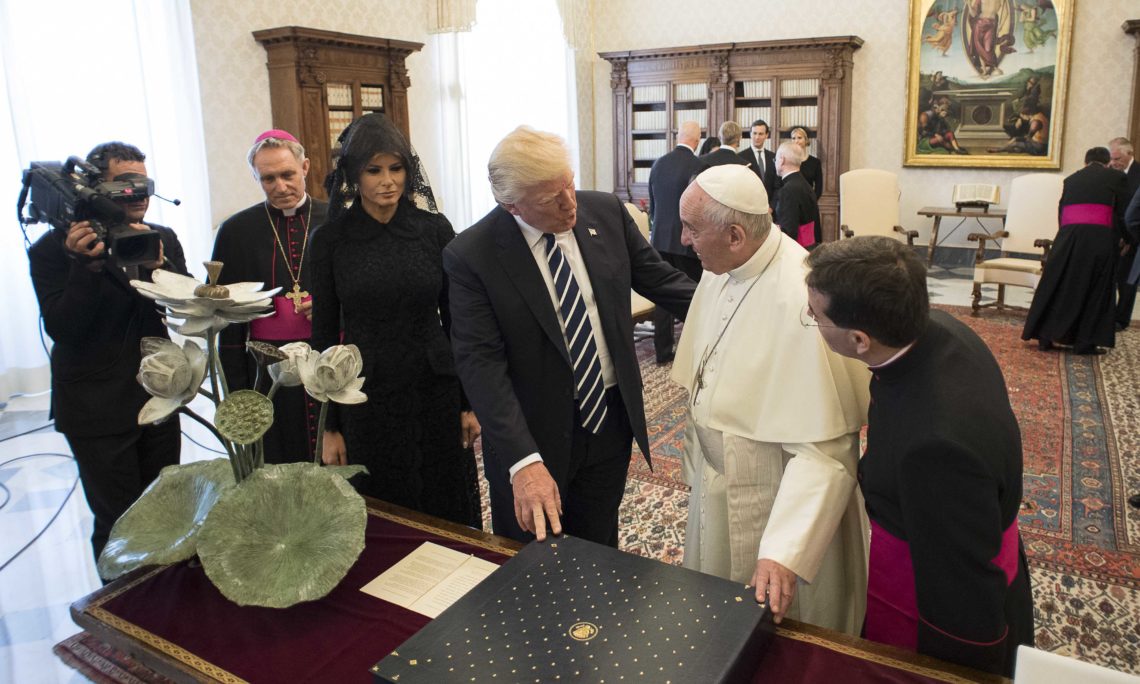 On May 24, President Trump visited the Vatican and had a half-hour private audience with Pope Francis.  A White House press release reports that the two leaders discussed how the United States and the Holy See can cooperate to combat terrorism, as well as how “religious communities can combat human suffering in crisis regions,” particularly the Middle East.  President Trump highlighted the shared priorities of the United States and the Holy See on a number of issues, including the promotion of human rights and religious freedom, and “renewed the commitment of the United States to fighting global famine.”

Following the private audience, President Trump and Pope Francis were joined by a U.S. delegation including First Lady Melania Trump, Ivanka Trump, Jared Kushner, and Chargé d’Affaires of the U.S. Embassy, Louis Bono.  The two leaders exchanged gifts, with President Trump presenting Pope Francis with a set of books written by Dr. Martin Luther King, Jr.  Pope Francis presented President Trump with a medal of an olive tree, as well as copies of the three major writings of his pontificate: “The Joy of the Gospel,” “Laudato Si’: On Care for Our Common Home,” and “The Joy of Love.”  President Trump took a private tour of Saint Peter’s Basilica and the Sistine Chapel with Mrs. Trump, directly following their meeting with Pope Francis.