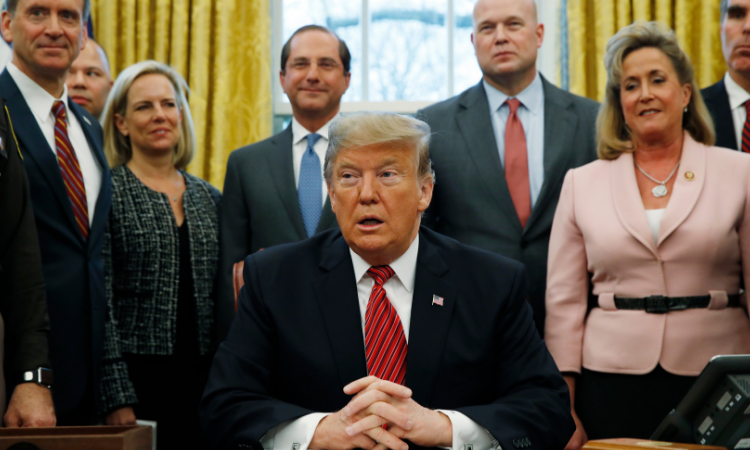 “This is an urgent humanitarian issue. My administration is committed to leveraging every resource we have to confront this threat, to support the victims and survivors, and to hold traffickers accountable for their heinous crimes.”

GOVERNMENT-WIDE EFFORT: President Donald J. Trump has dedicated the full resources of his Administration to work towards ending human trafficking.
THE HUMAN TRAFFICKING THREAT: The heinous crime of human trafficking is a horrific assault on human dignity that impacts people here in the United States and around the world.