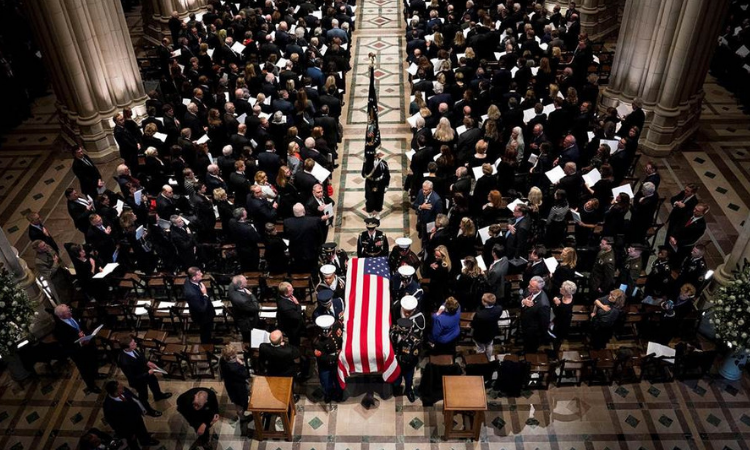 “Saddened to learn of the death of former President George H. W. Bush, His Holiness Pope Francis offers heartfelt condolences and the assurance of his prayers to all the Bush family. Commending President Bush’s soul to the merciful love of Almighty God, His Holiness invokes upon all who mourn his passing the divine blessings of strength and peace,” read the telegram on the occasion of the state funeral in Washington DC on Wednesday.