Home Home | Our Relationship | Policy & History | History of the U.S. and Holy See 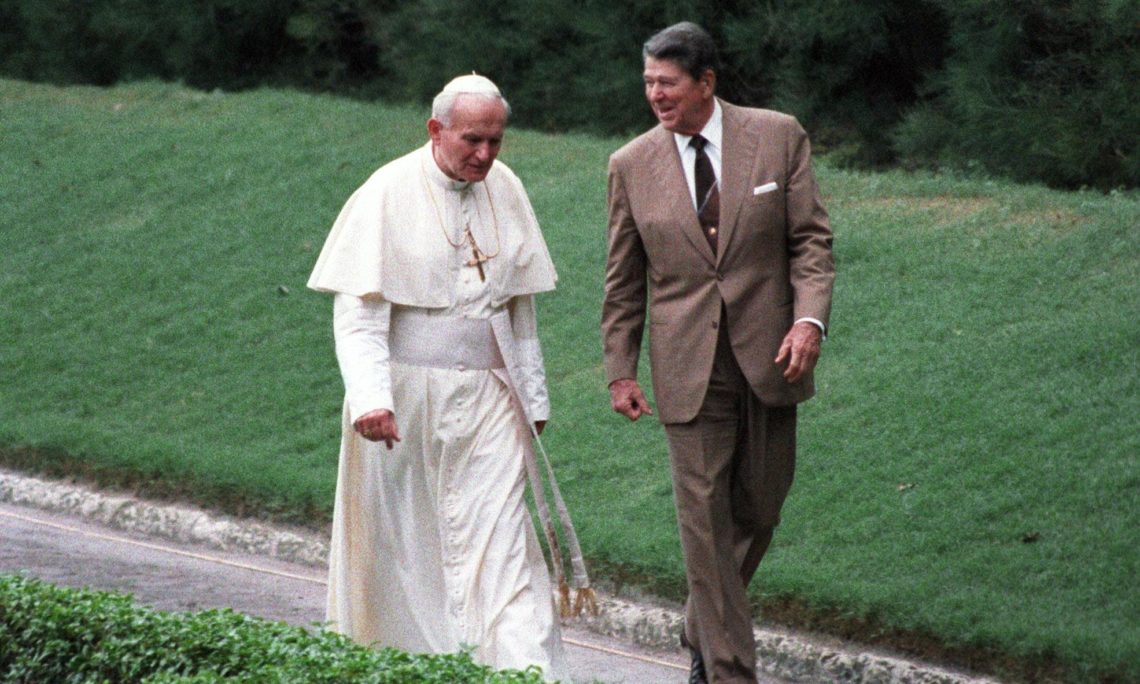 The United States maintained consular relations with the Papal States from 1797 to 1870 and diplomatic relations (beneath the Ambassadorial level) with the Pope, in his capacity as head of the Papal States, from 1848 to 1868.  Diplomatic relations lapsed beginning in 1870 with the loss of papal territories during the unification of Italy and continued until 1984.  Throughout that time, several U.S. presidents did designate personal envoys to visit the Holy See for international humanitarian and political discussions.  In 1984, President Ronald Reagan and Pope John Paul II established full diplomatic relations between the United States and the Holy See.  This new relationship, as President Reagan said, “Would exist to the benefit of peace-loving people, everywhere.”