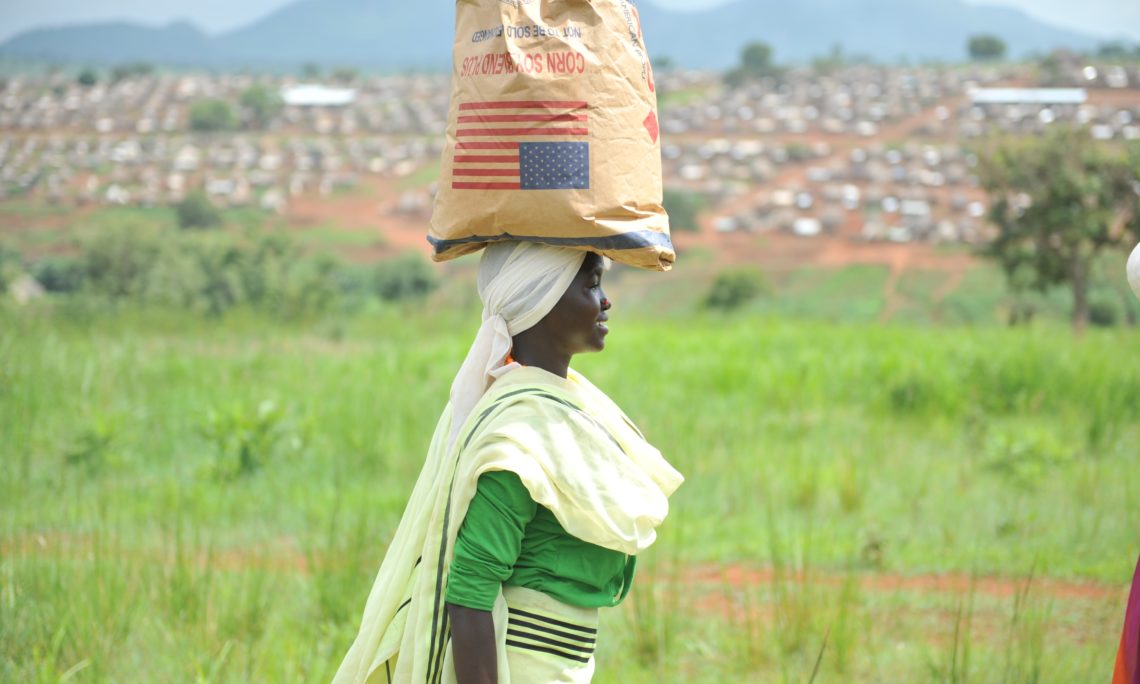 US committed to refugee assistance, but can’t solve crisis alone

By Callista L. Gingrich, U.S. Ambassador to the Holy See

Thursday marks World Refugee Day, when we honor the strength, courage and resilience of millions of refugees around the world who have been forced to flee their homes due to violence, armed conflict and persecution.

Today global displacement has reached record levels. It is estimated that 68.5 million people are displaced worldwide, including more than 28 million refugees and asylum seekers.

Through our generous foreign aid, robust international partnerships and targeted local efforts, the United States leads the world in providing humanitarian assistance to save lives and alleviate suffering. This commitment to the world’s most vulnerable individuals remains a critical component of U.S. policy at home and abroad.

U.S. humanitarian funding – which reached more than $8 billion in 2018 – responds to conflicts and disasters globally, including the support of millions of refugees and internally displaced people worldwide every year, reflecting the generosity of the American people.

President Trump’s budget for 2020 would ensure that the United States not only remains the largest single provider of humanitarian assistance, but would provide critical reforms to more effectively support these vulnerable populations.

Through the U.S. Refugee Admissions Program, the United States has permanently resettled more than 3.3 million refugees since 1975 – more than any other country in the world. We will continue to resettle the most vulnerable refugees, including those who have fled religious persecution.

President Trump’s budget for 2020 would ensure that the United States not only remains the largest single provider of humanitarian assistance, but would provide critical reforms to more effectively support these vulnerable populations.

But resettlement in the United States can and should only be part of the overall solution. That’s why U.S. assistance is provided as close to refugees’ homes as possible in order to ensure timely access to assistance and mitigate the need for dangerous travel.

This approach also helps facilitate the voluntary, safe and dignified return to their countries of origin, if and when conditions allow them to do so.

The United States is also doing its part to mobilize the international community to work together and more effectively on this issue. A global response – including increased support from other nations, faith-based organizations and the private sector – is a critical part of this effort.

Local efforts by U.S. embassies around the world – through grants, programs and sharing best-practices – also play a major role in refugee assistance.

The U.S. Embassy to the Holy See is proud of its long tradition of cooperation with the Vatican and partners across the Catholic Church to support refugee education, integration and employment.

In 2018 our embassy presented the Joel Nafuma Refugee Center in Rome with a grant from the Julia Taft Refugee Fund. The center is utilizing these and other funds to provide support for some 1,000 homeless refugees and migrants ages 18 to 22 living in the Rome area.

Through language and job training programs, this grant will help refugees become self-sufficient and significantly boost their ability to find employment and integrate into Italian society.

We have also awarded grants to De La Salle Solidarietà Internazionale, a Catholic religious order, in association with Alleanza Solidale, a voluntary association of Catholic sisters and lay workers, to administer a program that provides health care, employment and counseling services to refugees in Italy.

These grants focus on helping refugees integrate into their host country and avoid the risk of falling into the hands of human traffickers.

As these examples illustrate, the United States is deeply committed to helping the world’s most vulnerable refugees, reflecting the deeply held values of the American people. But the fact remains that displacement is a global emergency, and the United States cannot solve this crisis alone.