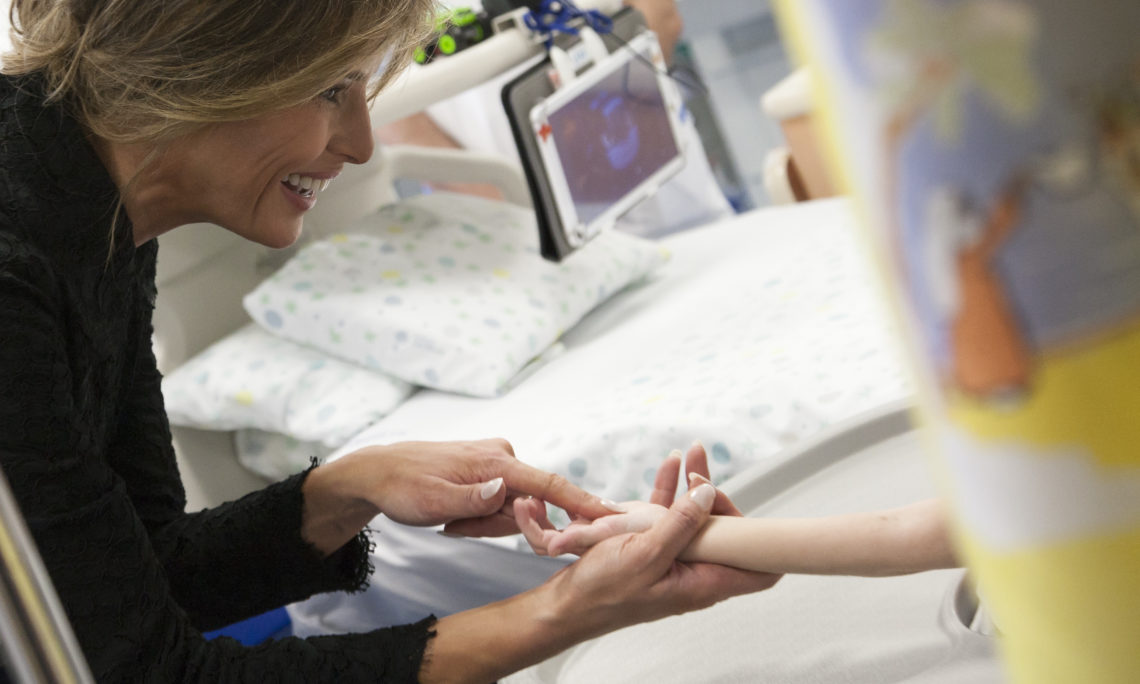 On May 24, First Lady Melania Trump met with Pope Francis, alongside President Trump, Ivanka Trump and Jared Kushner. This private audience followed a half-hour conversation between President Trump and Pope Francis, where the two leaders discussed topics including religious freedom and the promotion of peace. During the private audience, Mrs. Trump, a Catholic, greeted and spoke with the Pope and had him bless a rosary.  On Twitter, Mrs. Trump described the meeting as “one I’ll never forget,” and said she “was humbled by the honor.”

Following her audience with the Pope, Mrs. Trump had the opportunity to tour several spaces in the Vatican not open to the general public.  The First Lady then joined President Trump for a tour of Saint Peter’s Basilica, along with the Sistine Chapel.

After her visit to the Vatican, Mrs. Trump traveled to the Bambino Gesù Pediatric Hospital in Rome.  At the hospital, Mrs. Trump met with patients in the cardiac intensive care unit.  She then spent time with a group of patients from nine countries, participating in an art session and speaking with them in Italian.  The visit concluded with a group picture and a stop at the hospital’s chapel.  “My visit to Bambino Gesu Children’s Hospital today was very moving. To spend time speaking to and coloring with children who have such a positive spirit despite illness was an amazing gift,” stated First Lady Melania Trump.  “The time I spent with the little ones in the Intensive Care Unit is something I will never forget, and I will pray for each of them daily. I want to thank the doctors, nurses and staff of the hospital, who all do such beautiful and critical work.”

The First Lady added, “Upon landing in Belgium, I learned a young boy and his family who had been waiting for a heart transplant was informed that the hospital has found a donor. I read a book and held hands with this special little one just a few hours ago, and now my own heart is filled with joy over this news.”