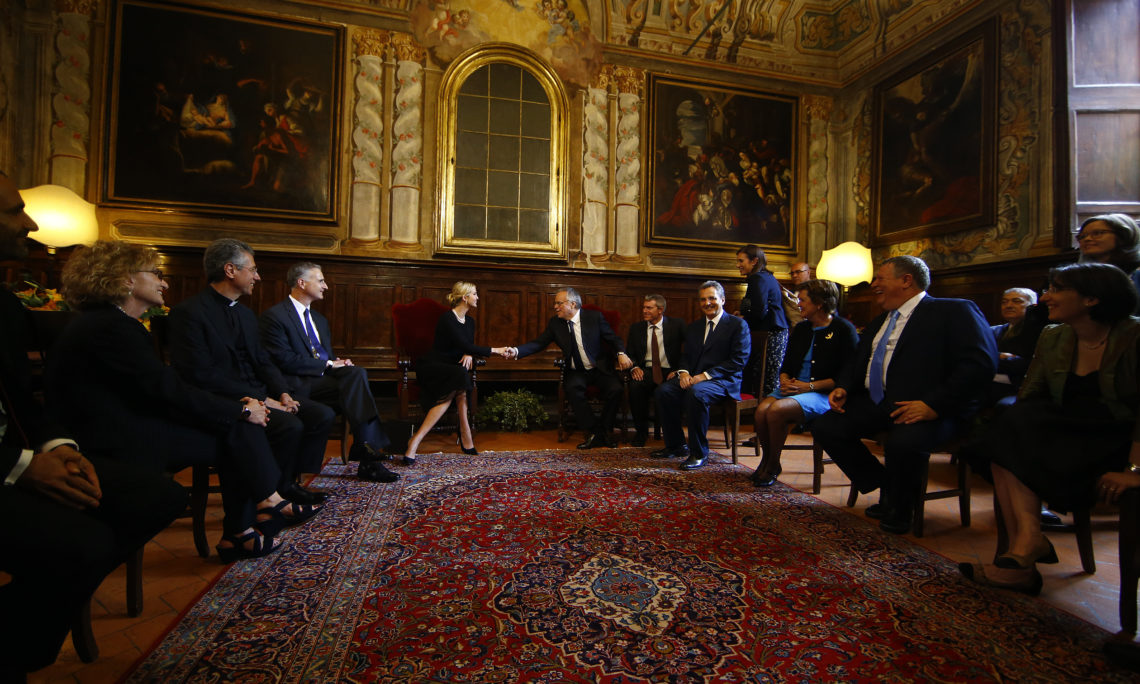 On May 24, Senior Advisor to the President Ivanka Trump met with Pope Francis, alongside President Trump, First Lady Melania Trump and her husband, Jared Kushner.  This private audience followed a half-hour conversation between President Trump and Pope Francis, where the two leaders discussed topics including religious freedom and the promotion of peace.  Ms. Trump also had the opportunity to visit the Sistine Chapel.

Following her visit to the Vatican, Ms. Trump met with representatives from the Community of Sant’Egidio to discuss the United States and the Holy See’s shared interest in combatting trafficking in persons (TIP).  Sant’Egidio is a Vatican-affiliated organization founded in 1968 that has a global reach and addresses issues including TIP, peacebuilding and mediation, interreligious dialogue, and HIV/AIDS treatment. The U.S. Embassy to the Holy See has a long-standing relationship with Sant’Egidio. At the community’s headquarters in the Roman neighborhood of Trastevere, Ms. Trump discussed strategies to address TIP, with a particular focus on Africa, and the work Sant’Egidio does on this issue, as well as on peacebuilding and poverty alleviation.

Also at the headquarters of Sant’Egidio, Ms. Trump had the unique opportunity to meet with and listen to the stories of women from Nigeria and the Horn of Africa who had been victims of human trafficking.  Ms. Trump called the women she met with “a testament to strength, faith, and perseverance in the face of unspeakable adversity and challenge,” and said of her meeting with Sant’Egidio that “it was a great privilege to be able to be here and to hear firsthand from these tremendous leaders about the work that’s being done, what has worked and what has the potential to work better and to be better executed in the future.”

Ms. Trump also met with Vatican officials from the Pontifical Academy for Social Sciences to discuss the issue of TIP.  Pope Francis has tasked the Pontifical Academy for Social Sciences with studying and leading the Holy See’s efforts to counter TIP.  This meeting reaffirmed that combating TIP is a shared priority of the Holy See and President Trump, who promised to use “the full force and weight” of the U.S government to fight the “epidemic” following a February 2017 meeting at the White House with organizations dedicated to ending TIP.