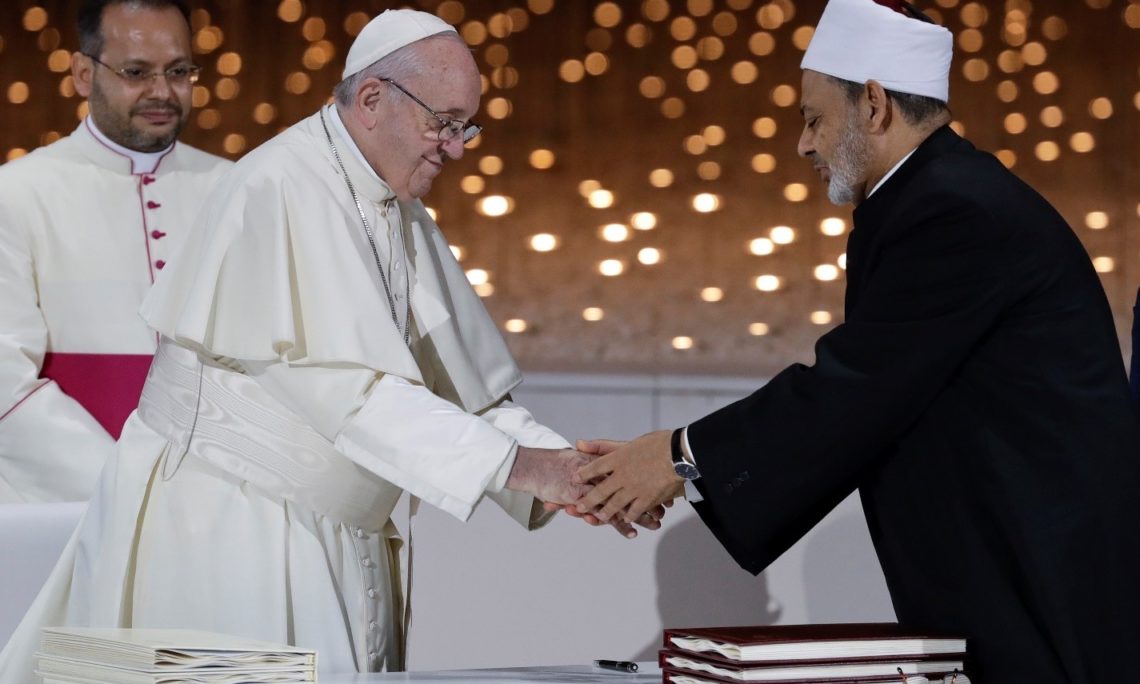 Thank you, Ambassador Pfirter and Cardinal Ayuso, for convening this important meeting. I bring greetings from Ambassador Gingrich and the United States of America.

The United States praises the seminal and inspiring “Document on Human Fraternity for World Peace and Living Together,” and its call to “bring goodness and peace to others, and to be defenders everywhere of the rights of the oppressed and of the least of our brothers and sisters.”

We join Pope Francis and the Grand Imam of Al-Azhar to “resolutely declare that religions must never incite war, hateful attitudes, hostility and extremism, nor must they incite violence or the shedding of blood.”

We further agree that “these tragic realities are the consequence of a deviation from religious teachings.”

And we applaud both Pope Francis and the Grand Imam of Al-Azhar, as they meet today at the Vatican, for continuing to affirm the principles of the Document on Human Fraternity.

The United States adds its voice to their call to “all concerned to stop using religions to incite hatred, violence, extremism and blind fanaticism, and to refrain from using the name of God to justify acts of murder, exile, terrorism and oppression.”

The United States agrees that “Dialogue, understanding and the widespread promotion of a culture of tolerance, acceptance of others and of living together peacefully would contribute significantly to reducing many economic, social, political and environmental problems.”

The Abrahamic faiths of Judaism, Christianity, and Islam have a unique and pivotal role to play in the promotion of peace and interreligious harmony.

Through the centuries, the interplay between these religions has sown much acrimony and discord.

Getting the House of Abraham in order – and united behind the cause of interfaith cooperation to promote peace – could serve as a powerful demonstration to the rest of the world.

On his first Presidential trip overseas, President Trump visited three countries that are home to sacred sites of the Abrahamic faiths: Saudi Arabia, Israel, and the Vatican. In a historic speech in Riyadh, the President spoke of the strategic nature of visiting Muslim, Jewish, and Christian sites, saying “if these three faiths can join together in cooperation, then peace in this world is possible.”

We will continue to support and promote dialogues for peace among the religious leaders of the three Abrahamic faiths. We hope these efforts will advance our shared goals of peace, mutual respect, religious freedom, and equal citizenship in the Middle East and beyond.

The United States is committed to working with leaders of the Abrahamic faiths to advocate for peace. Our shared Abrahamic roots can be used for the common good of all peoples.

We are happy to join in this effort and to support the commitment to religious freedom and interfaith harmony.