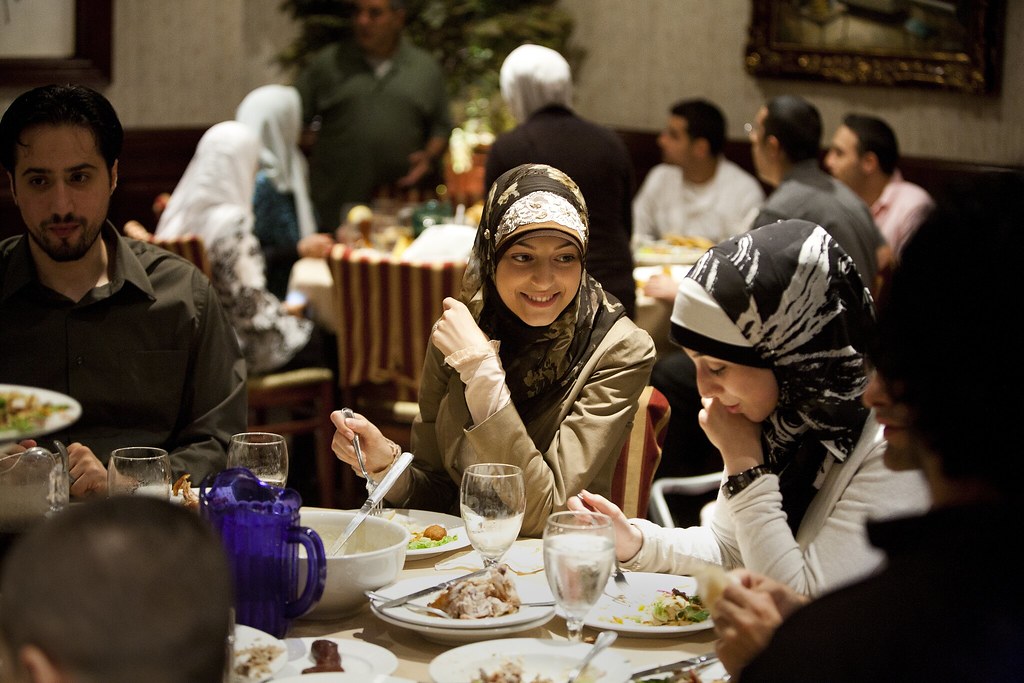 On June 19th, the Chargé d’Affaires for the U.S. Embassy to the Holy See hosted the Embassy’s first interfaith Iftar meal. “Iftar” is the prayer time with which Muslims break their sunrise to sunset fast each day during the month of Ramadan.  It often includes first eating dates, as the prophet Mohammed is believed to have done, but varies from culture to culture. The holy month is a time for reflection and charity for Muslims. This event was a chance to bring together leaders from religious and diplomatic communities in Italy to share a meal and engage in interfaith dialogue. High-ranking members of Muslim, Jewish, and Christian communities were all in attendance.

The evening began with Chargé Bono briefly addressing the crowd with messages of gratitude but also challenging each attendee to lead their respective communities by example, to translate interfaith dialogue into action. He also highlighted recent occurrences of religiously motivated violence in the U.S. and many examples of multi-faith responses to the egregious attacks.

Imam Tariq of the Ahmadiyya Muslim Community in Bologna led the group with a prayer before the meal. Afterwards, guests dined on a buffet and shared ways in which their respective organizations engage members of other faiths.