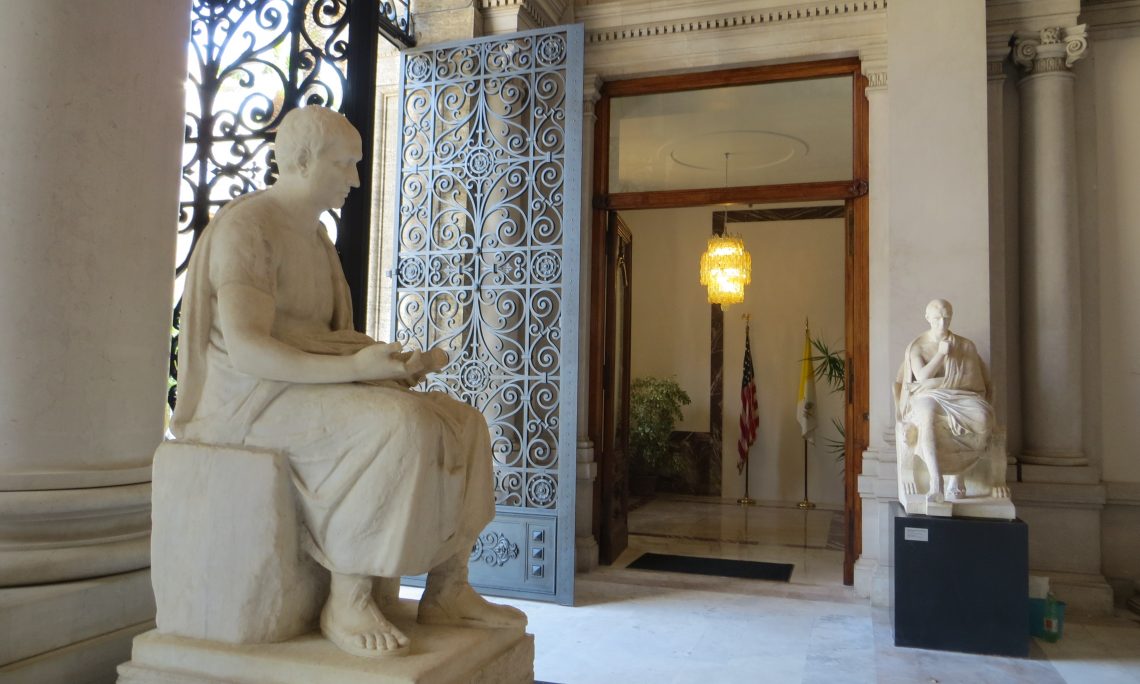 Formal diplomatic relations with the Holy See were established in 1984 by President Ronald Reagan and Pope John Paul II.  The mission works in partnership with the Holy See on global issues including human rights, religious freedom, and trafficking in persons.