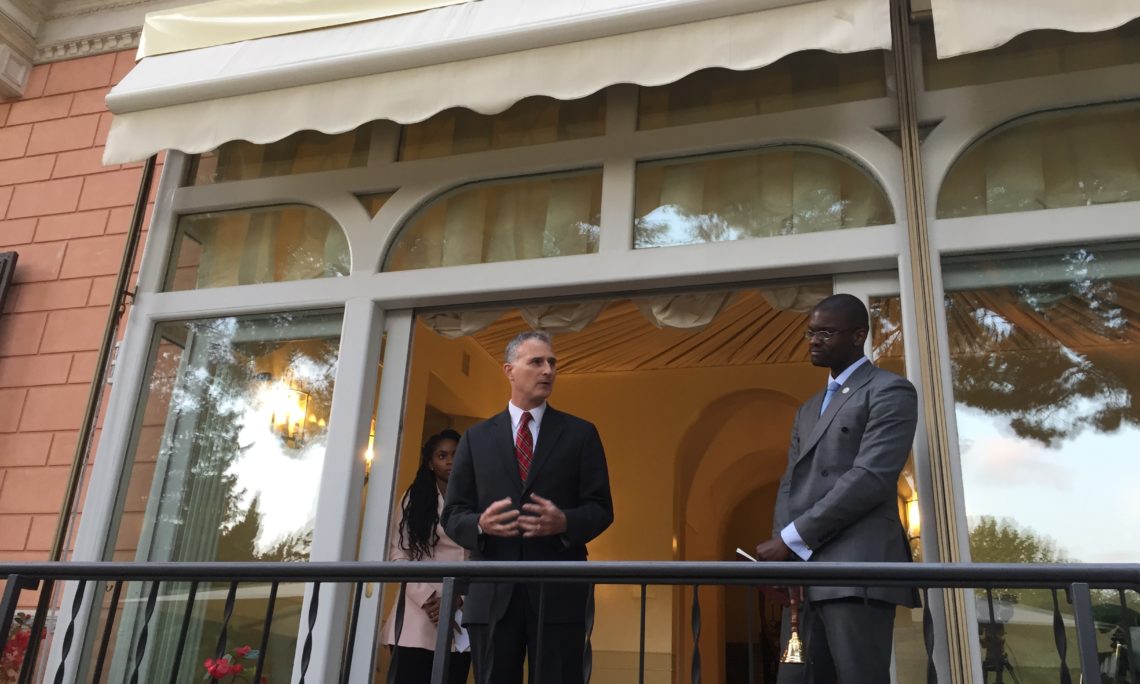 The Harambe Entrepreneur Alliance attended a concluding reception hosted by Chargé d’Affairs Lou Bono for their fourth biannual forum in Rome with embassy interns, Pol/Econ and Public Affairs officers. The alliance is a network of highly educated young Africans pursuing entrepreneurship focused on the African continent. Inspired by then Senator Barack Obama in 2007, Okendo Lewis-Gayle, who works for the Chan-Zuckerberg Initiative, founded the Harambe Alliance motivated by his desire to create a promising future for Africa and a firm belief that it was achievable.

Driven by the belief stated in their motto, that “the Africa our generation desires can be won, it exists, it is real, it is possible, it is ours,” there are currently over 250 “Harambeans” from 32 countries who work in various sectors, with an emphasis on high impact and business ventures.  Harambe entrepreneurs notably have sought to empower young people through education that is cost-efficient yet challenging and formative, to promote women in science through an engineering program designed specifically for women, and to improve businesses with a device that optimizes the payment process.

In his remarks at the event, Okendo Lewis-Gayle highlighted that Harambeans strive to create “something larger than themselves,” a better Africa and a better world. Chargé Bono commended the alliance members for their work, designed to link economic growth and social well-being.