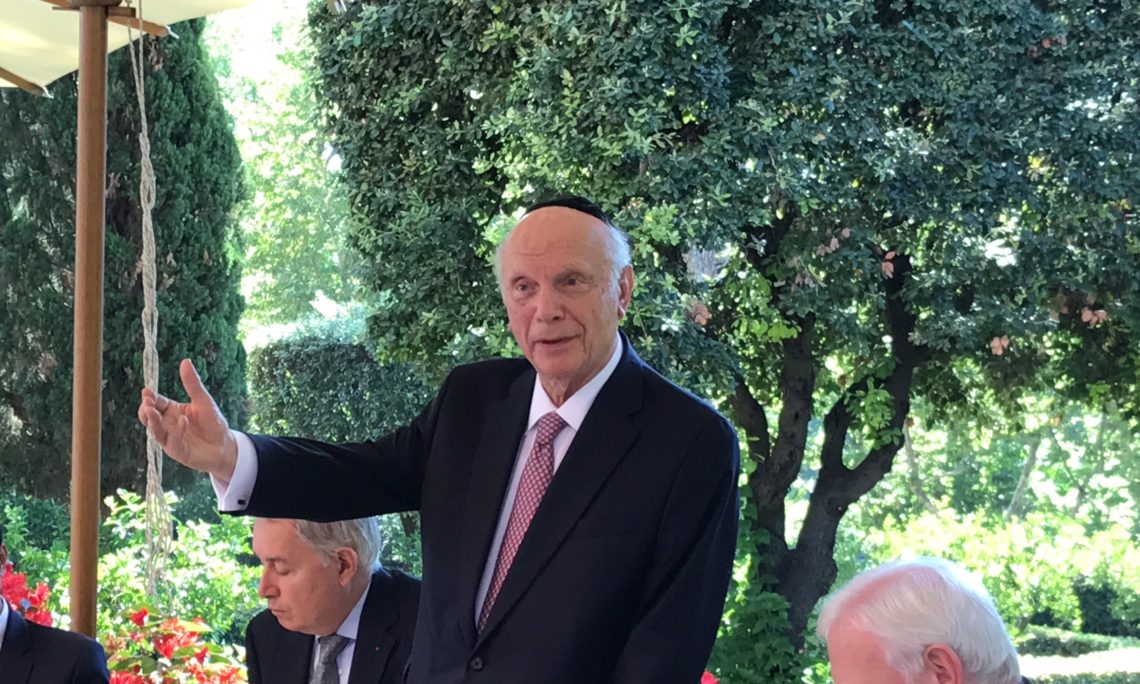 Chargé d’Affaires Louis Bono hosted a breakfast in honor of Rabbi Arthur Schneier, a Holocaust survivor and founder of the Appeal of Conscience Foundation on July 5th. In attendance were ambassadors from several countries to the Holy See and prominent leaders of local Jewish, Muslim, and Christian communities. Chargé Bono introduced the Rabbi with remarks on the importance of religious freedom and how action on the part of leadership is as important now as ever.

Rabbi Schneier then addressed the group of leaders. He emphasized the inspiration he draws from President Roosevelt’s speech on the Four Freedoms. Highlights of his remarks included an emphasis on the need to move beyond tolerance towards mutual respect and acceptance. He cautioned that mere tolerance can lead to treating others like second class citizens, so we must look at it as a first step and not the goal.

After the remarks Rabbi Schneier opened up the morning to discussion and took questions from the assembled audience. Several ambassadors to the Holy See shared their respective countries’ experience with religious freedom and how interreligious dialogue affects their nation.

After the breakfast, Rabbi Schneier met with journalist Philippa Hitchen at Vatican Radio’s English section and gave an interview discussing the morning’s events and his work on religious freedom and dialogue through the Appeal of Conscience Foundation. He finished by making statements on the personal significance of Pope Francis’ recent trip to Auschwitz to remember those who were killed there, including members of his own family. Here is an excerpt from the interview: