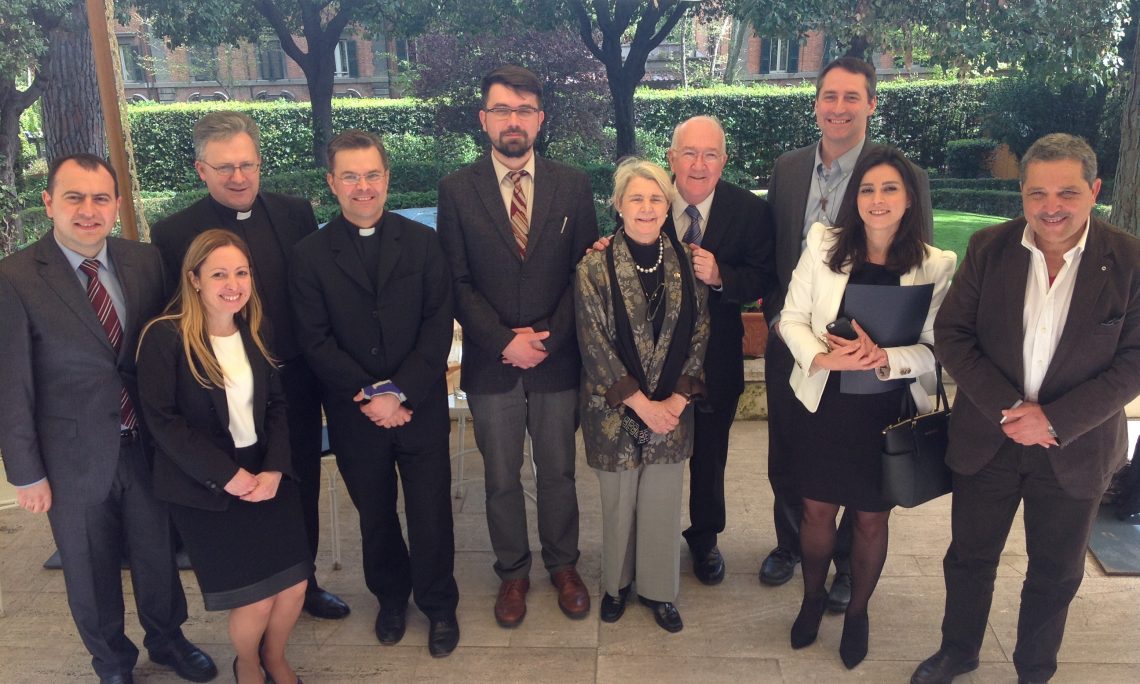 Care for the environment and international religious freedom were at the forefront of an Embassy-sponsored conference on the shared policy interests of the United States and the Holy See this week. The conference, “On Care for Our Common Home: U.S. and Vatican Engagement on Global Issues,” brought together Embassy and Vatican officials as well as alumni of the International Visitor Leadership Program (IVLP), a State Department initiative which brings leaders from many fields to the United States for cultural and professional exchange.

The conference began a panel discussion, led by Ambassador Ken Hackett, at the Vatican on the environment, climate change and the impact of the Pope’s Laudato Si encyclical. Cardinal Peter Turkson, President of the Pontifical Council for Justice and Peace, spoke about Laudato Si as a “social encyclical” and about the history of papal writings about the environment, while Lonnie Ellis, Associate Director of Catholic Climate Covenant in Washington D.C. discussed U.S. efforts to combat climate change and the influence of Laudato Si in the United States.

The IVLP alumni were then able to visit the Pontifical Ecclesiastical Academy, where Archbishop Giampiero Gloder, President of the Academy, explained how the Ecclesiastical Academy trains Catholic priests from all around the world to serve in the diplomatic corps of the Holy See. Selected by their local bishops, priests are sent to the Academy to study the history papal diplomacy, international law, and foreign languages.

Ambassador Hackett later hosted a discussion on U.S. diplomacy. The Deputy Chiefs of Mission from all three U.S. missions in Rome — the U.S. Embassy to the Holy See, the U.S. Embassy to Italy, and the U.S. Mission to the United Nations Agencies in Rome — spoke about their careers in the U.S. Foreign Service and the work of their respective embassies.

Deputy Chief of Mission Victoria Alvarado then led a panel discussion on international religious freedom. Knox Thames, Special Adviser for Religious Minorities in the Near East and South and Central Asia for the U.S. Department of State, discussed the state of religious freedom in Iraq and Syria, as well as the genocidal atrocities of Daesh. Msgr. Michael Crotty of the office of the Vatican Secretariat of State, commended the U.S. International Religious Freedom Act of 1998 as an important vehicle to promote this human right.

During the conference, IVLP alumni had the opportunity for a variety of tours and cultural events, including a tour of the Vatican Gardens, lunch at Ambassador Hacktt’s residence, and a tour of the papal household.