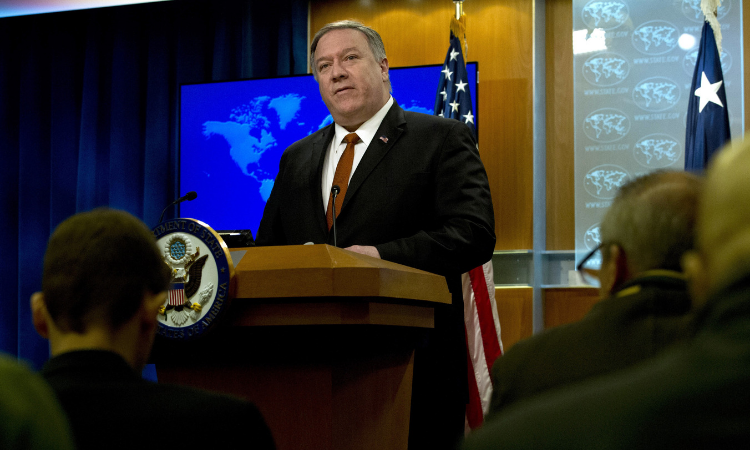 In his remarks, Secretary Pompeo said that when it comes to human rights violations, China is “in a league of its own,” especially in regards to the treatment of Muslim minority groups in the Xinjiang region.

“Rounding up, in some estimations … in the millions of people, putting them into camps, and torturing them, abusing them, and trying to basically erase their culture and their religion and so on from their DNA. It’s just remarkably awful.”