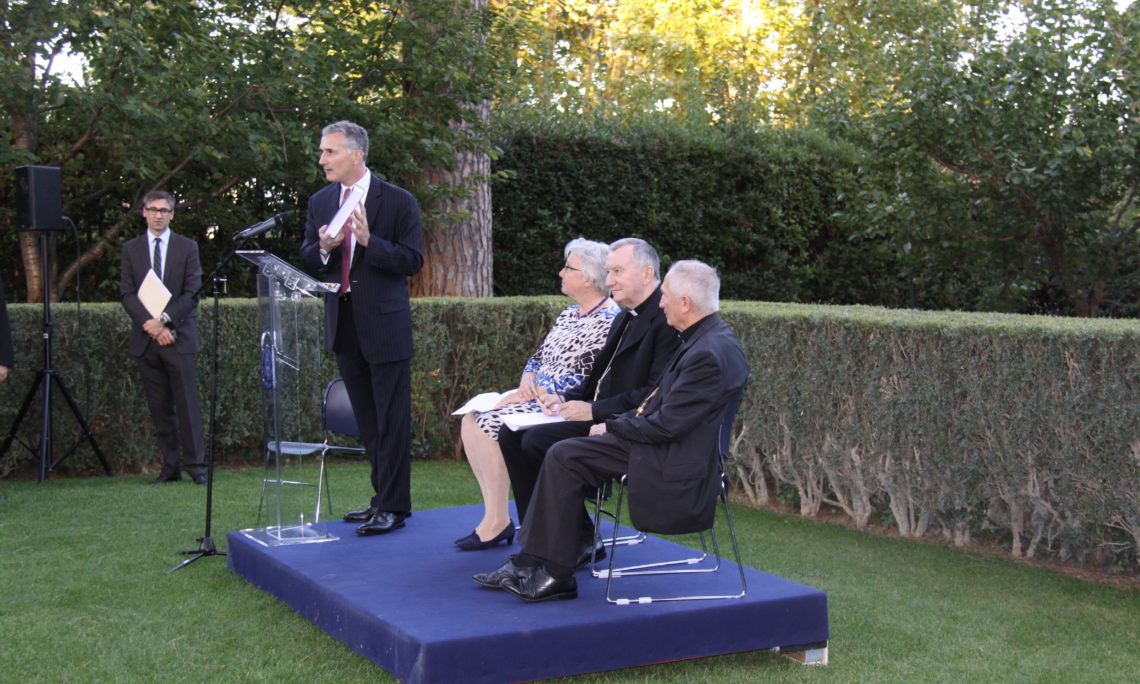 The U.S. Embassy to the Holy See hosted an event celebrating the release of His Excellency Archbishop Silvano Maria Tomasi’s new book, The Vatican in the Family of Nations, and his 13 years’ tenure as the Permanent Observer of the Holy See to the United Nations. The book is based on a collection of statements that reflect the Catholic Church’s desire to be a moral mediator in the world as well as facilitating international cooperation and unity.

The launch took place on September 22nd at the Ambassador’s residence and began with remarks from Chargé d’Affaires Lou Bono. He stressed the book’s importance for anyone who engages with the Holy See, especially members of the diplomatic corps. Chargé Bono then explained that the book not only reflects the observations of an extraordinary diplomat, but it also offers valuable insight into the Holy See’s relations with the United States and its role in global affairs. Speeches from German Ambassador to the Holy See Annette Schavan and Secretary of State Cardinal Piero Parolin followed. The Cardinal praised both Archbishop Tomasi and his book, citing them both as demonstrations of a commitment to peace.

The Embassy hosted approximately 150 guests including officials and staff from the Vatican, Archbishop Tomasi’s collaborators from Geneva, over 25 Ambassadors, and executives from United Nations organizations present in Rome. Immediately following the remarks from the speakers, Chargé Bono proposed a toast to the Archbishop, to honor his book and wish him well. The rest of the evening was enjoyed by the attendees; congratulating the Archbishop and connecting with the Holy See diplomatic community and the Vatican officials in attendance.