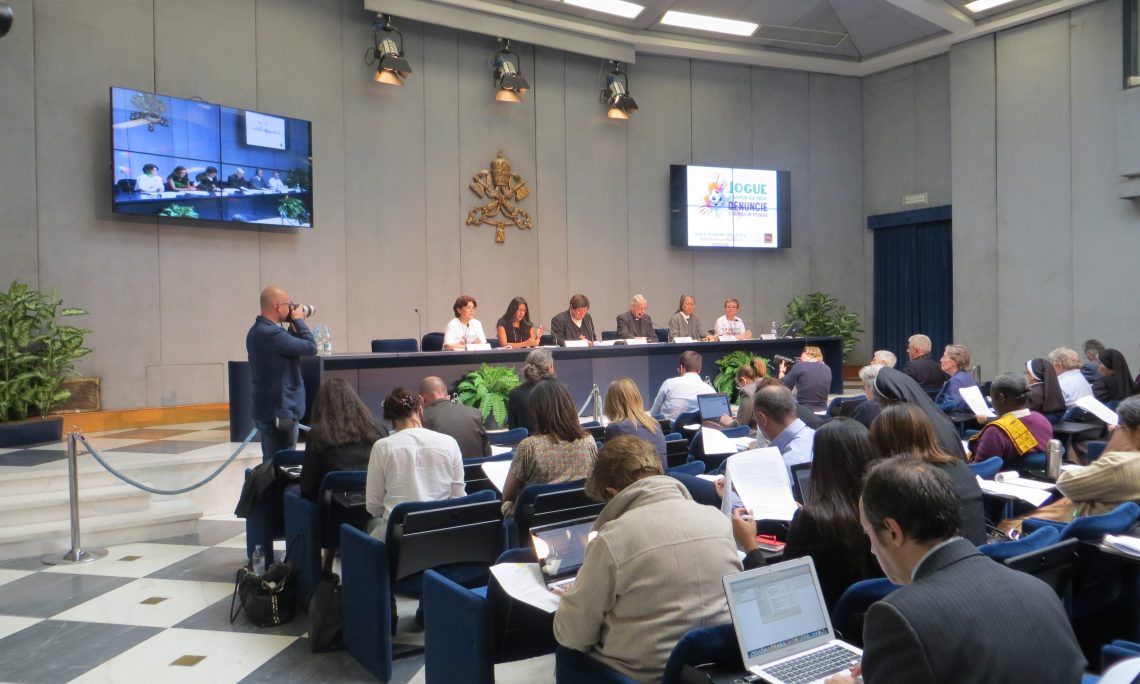 The U.S. Embassy is proud to be here today to support Talitha Kum’s campaign to combat trafficking in persons during this year’s World Cup.  Combating this scourge is an important goal of both the United States and the Catholic Church.  Pope Francis has spoken out strongly against what he calls “a crime against humanity.”  And U.S. Secretary of State John Kerry has also spoken out forcefully against trafficking as a form of modern-day slavery.  He said, “We find perhaps no greater threat to human dignity, no greater assault on basic freedom, than the evil of human trafficking.”

The World Cup this summer provides a high-visibility platform for Talitha Kum to raise awareness about the reality of human trafficking and help those participating in the events to not fall victim to traffickers.  For years, it has been apparent that this crime affects every country in the world – as many as 27 million people are victims.  And we see that this one, like so many other 21st century challenges, does not exist in a vacuum.  It is interconnected with so many of our other foreign-policy concerns, from environmental sustainability to advancing the lives of women and girls to combating transnational organized crime.

The State Department works hand-in-hand with governments, the private sector, and faith-based groups to end this scourge and to identify the people who are enslaved and free them, and to hold those accountable who placed them in that jeopardy.  Secretary Kerry recently announced the State Department is planning to work with the U.S. Conference of Catholic Bishops in order to map and coordinate the church’s efforts on a global basis to combat this crime.  Recognizing the broad reach of the Catholic Church, we hope this partnership will be another method to share best practices and identify caregivers and advocates.  And we hope it will ramp up our capacity around the world to be able to identify victims and get them the help they need.

People of all faiths can see that when we embrace our common humanity and stand up for the dignity of all people, we realize the vision of a world that is more caring and more just — a world free from slavery.

We thank Sister Estrella for the wonderful work she is doing in leading Talitha Kum’s international network.  And we thank all the sisters worldwide who are working to assist victims of trafficking on the ground.  They are sometimes the unsung heroes of this work but are doing the important job of directly aiding those most in need.  We want you to know the Embassy recognizes and supports your work.

We are happy to partner with you on this campaign and we wish Talitha Kum continued success in this vital work.