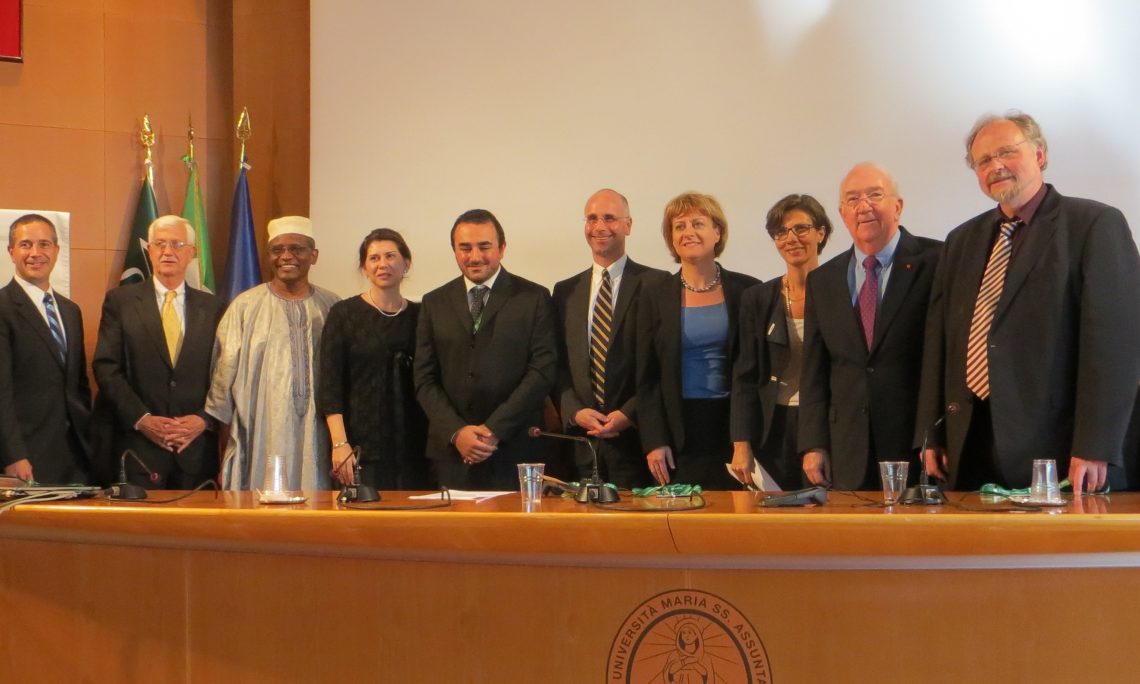 Religious freedom has been a core value of Americans since the founding of our nation.  It was the pursuit of religious freedom that gave impetus to the settlers in establishing the American colonies, and, throughout the years, it has remained fundamental to American beliefs.  As Secretary Kerry has stated, “Freedom of religion is not an American invention.  It’s a universal value.  And it’s enshrined in our Constitution and ingrained in every human heart.  The freedom to profess and practice one’s faith, to believe or not to believe, or to change one’s beliefs, that is a birthright of every human being.”  No one should be persecuted or oppressed simply because of what they choose to believe.  This is a human right that the United States and the Holy See wholeheartedly agree should be universal.

Promoting religious freedom has increasingly become an integral part of American foreign policy.  From the passage of the International Religious Freedom Act in 1998 and the creation of the State Department and White House offices of faith-based and community initiatives, to supporting and implementing the United Nation’s Universal Declaration on Human Rights, the United States is actively working to ensure that religious freedom is a right that is not overlooked in any corner of the globe.

According to 2012 Pew Forum statistics, 84% of the world’s population claims a religion.  For millions of people around the world, faith is a fundamental part of their identity.  It shapes who they are and how they understand the world around them.  It provides a sense of community and a network of support.

It is no surprise then that we have seen the power of religion throughout human history.  In our own country, for example, we’ve seen religious leaders join with others in championing causes like abolition, civil rights, and the eradication of poverty.  Similarly, around the world, on issues ranging from health to education to conflict prevention, religious and other civil society leaders are tackling some of our most pressing challenges.  They help create more peaceful and secure communities.  Of course, as we know all too well, there are also times when religion is abused to promote violence and destabilize communities.

Religious freedom is a moral and just right for every state to pursue.  However, this is not the only reason that it is of particular concern in American foreign policy.  Promoting and protecting religious freedom has gone beyond a moral and democratic value to a matter of national security.  When governments repress religious expression, when politicians co-opt religious leaders for personal agendas, when public figures fail to denounce religious bigotry, the groundwork is laid for violent extremism to grow.

2012 Pew Forum Statistics reveal more than 5 billion people – 74% of the world’s population – live in countries with high levels of government restrictions or social hostilities involving religion.  In other words, three quarters of the world is in a state in which violent extremism can fester.  This is a global problem, and it will require a global solution.  To the United States, this means making sure religious freedom concerns are addressed in diplomatic outreach, whether that be urging the government of Pakistan to repeal blasphemy laws or working with European nations and the Organization for Security and Co-operation in Europe to combat rising anti-Semitism and other forms of religious intolerance.

The potential for religious communities to spark both positive and negative movement makes it essential for the United States to understand these communities and to engage with them.  As the State Department does its work around the world, it must have a firm grasp of these dynamics and it must know how to address them in ways that are informed and intelligent.

This year, President Obama and Secretary of State Kerry have both visited the Vatican to engage with the Holy Father and Vatican officials on key global issues, recognizing the broad reach of the Catholic Church and the influence of religion on people’s lives.  The President and the Secretary of State have both expressed the need to collaborate with religious leaders on issues ranging from conflict prevention and mitigation, to promoting human rights and fostering development.

And the U.S. State Department tries to promote religious freedom in a number of ways.  Secretary of State John Kerry began helping promote this issue as a senator.  In 1998, he voted to help pass the International Religious Freedom Act.  This act would ensure that the United States was performing its duty to protect this universal right.  The act created an Ambassador-at-Large within the Department of State for International Religious Freedom.  It also created a commission on international religious freedom which issues an annual report on the topic.  This report highlights the status of religious freedom in 199 countries.  The report is used in discussions with other governments, international organizations, and civil society to clearly lay out the issues in factual, objective terms.

Secretary Kerry has said the report even draws attention to those we call allies, “And it does so in order to try to make progress, even though we know that it may cause some discomfort.”  The Ambassador-at-Large works with many members of religious groups to give them a voice to communicate wherever in the world religious freedom is being repressed.  This technique aims at motivating governments to reform and aid those that have suffered.

For example, in China, the embassy in Beijing, and the consulates general regularly urged government officials at the central and local levels to implement stronger protections for religious freedom.  In Russia, embassy officials expressed concern about alleged abuses of the anti-extremism law.  In Vietnam, the Ambassador at Large for International Religious Freedom visited the country last year, raised religious freedom issues with senior government officials, and met with religious leaders of multiple faiths, both those recognized and not recognized by the government.

The Department’s Office of Faith Based and Community Initiatives is another channel for engagement and dialogue between the State Department and religious leaders and organizations around the world.  At the August 2013 launch of the office Secretary Kerry said, “We ignore the global impact of religion at our peril.”  He issued a call to action to Department employees:  to go out and engage religious leaders and faith-based communities in our day-to-day work.  To build strong relationships with them and listen to their insights, and understand the important contributions they can make individually and that we can make together to solve global challenges.

Currently led by Special Advisor Dr. Shaun Casey, the first mission of the Office is to advise Secretary of State John Kerry when religious issues cut across his portfolio.  And if you have even a nodding acquaintance with the news you know religion cuts across just about everything he does.  This ensures that all voices have a chance to be heard and make an impact on U.S. foreign policy.  The second mission is to help build capacity for religious engagement in the State Department.  The third mission is to serve as the conduit for outside stakeholders who want to learn what we do, perhaps partner around common interests, and to share knowledge with us from the world.

The United States also pushed quite strongly and ultimately successfully for UN Resolution 16/18 to pass.  This Resolution focuses on prohibiting states to discriminate against individuals based on religious beliefs, and educating and training government officials on how to reach out to their local religious communities.  This is the kind of legislation that can truly help spread common understanding in place of bigotry and hatred.

The United States is the first to admit that there is no place, and no government, on Earth that is exempt from violations of religious freedom.  Spreading awareness and promoting dialogue across states and religions is the most effective way to stop it in its tracks.  It is our responsibility today to ensure that the world of tomorrow is a safer place for people of all religions than the world was yesterday.