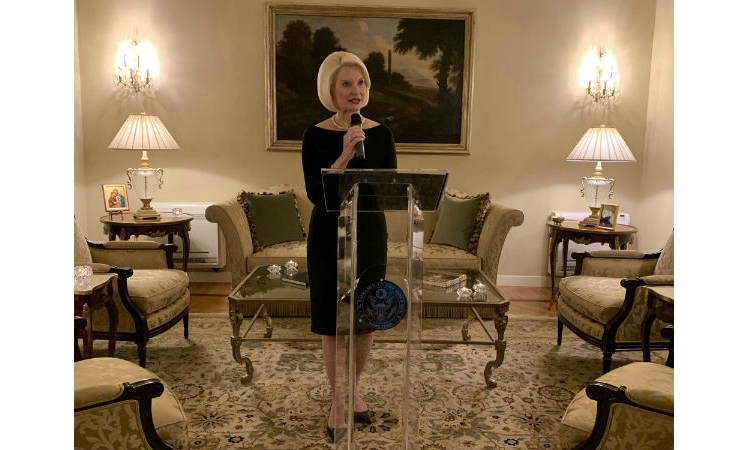 Tonight we celebrate the great advancements made by women and girls around the world, and reflect upon the challenges that still remain.

Throughout history we’ve learned that nations and societies flourish when women are fully empowered and achieve greater success.

I am proud to say that the United States is deeply committed to empowering women both at home and abroad.

In February, President Trump launched the Women’s Global Development and Prosperity Initiative, with the aim of benefiting 50 million women in the developing world by 2025.

This initiative is designed to improve women’s access to quality education and vocational training. It supports female entrepreneurship, and removes barriers that hinder women from fully participating in the local and global economy.

The United States has also taken great strides to promote the participation of women in the international arena.

The Women, Peace, and Security Act, signed into law by President Trump, expands the role of women in conflict prevention and peace efforts.

Evidence shows that when women participate in peace negotiations, agreements are less likely to fail and more likely to endure.

Advancing the rights of women through foreign policy is essential to global peace and security.

That’s why the United States acknowledges the extraordinary role of women around the world who advocate for peace, justice, and human dignity.

Last week I had the distinct honor, along with First Lady Melania Trump and Secretary of State Mike Pompeo, to pay tribute to ten remarkable women at the 2019 International Women of Courage award ceremony in Washington D.C.

This annual award is given to women from around the globe who show extraordinary courage and heroism – often at great personal risk.

One of this year’s awardees is Sister Orla Treacy, who was nominated by our Embassy for her extraordinary work in South Sudan.

In a country besieged by civil war, insecurity, and starvation, Sister Orla serves as the head of the Loreto Rumbek Mission, overseeing a boarding school and a primary school for girls, as well as a healthcare facility for women and children.

Like so many religious sisters working on the front-lines of conflict, Sister Orla embodies the qualities of an international woman of courage.

It has been an honor to meet and work with so many incredible sisters during my tenure as Ambassador. I’m so pleased that some of you are here with us this evening. Thank you, sisters, for all that you do.

The United States Embassy to the Holy See will continue to highlight your dedicated and courageous efforts for peace and stability in the world.

I am also proud of the work our Embassy is doing to advance global women’s issues.

I want to close by thanking each of you for everything you have done to empower women and girls. Our Embassy stands ready to work with you as we face the challenges that remain.

Thank you and have a great evening.