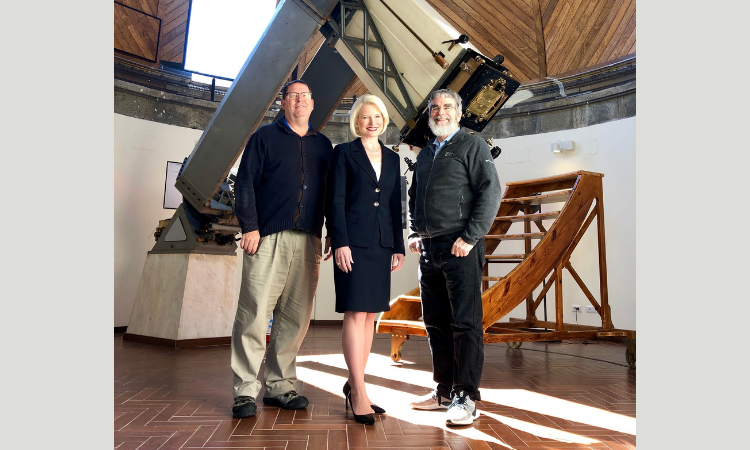 Brother Consolmagno, known as the “Pope’s Astronomer,” is an American and was named by Pope Francis as the Director of the Vatican Observatory in September 2015. He showed Ambassador Gingrich an extensive meteorite and artifact collection, as well as telescopes housed at the facility.