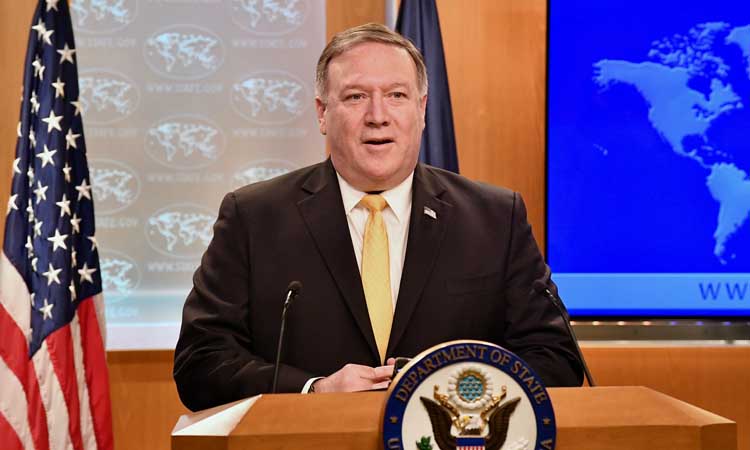 Persecution, violence, and discrimination are daily realities for millions of believers in nearly every region of the world. Their human rights are limited or restricted entirely.

Religious understanding and tolerance are bulwarks against the forces of extremism — they are the necessary foundations of peace and security around the world. The United States advocates for religious freedom at home and abroad. Protecting and defending this integral human right — to worship freely — is fundamental to who we are as a people and as a nation.

A year after he penned the Declaration of Independence in 1776, Thomas Jefferson wrote in the Virginia Statute for Religious Freedom that “Almighty God hath created the mind free.” Any act limiting or discriminating against a person’s freedom of faith is an “infringement of natural right.” The right to worship freely is America’s first freedom. It was codified in the First Amendment to our Constitution, which begins, “Congress shall make no law respecting an establishment of religion, or prohibiting the free exercise thereof.”

As stated in the U.S. National Security Strategy, “Our Founders understood religious freedom not as the state’s creation, but as the gift of God to every person and a fundamental right for our flourishing society.” Our indivisible and common fidelity to this right endures to this day. President Trump has made clear that the protection and promotion of religious freedom is a top foreign policy priority for the United States.

Beyond the moral imperative for every country to safeguard religious freedom, history has shown that promoting this right is a matter of national security and global stability. Simply put, governments and societies that champion the right of religious freedom are safer, more prosperous and secure.

The Vatican has a long history of encouraging religious freedom and tolerance through interreligious dialogue. After Pope Francis’s visit to Burma (Myanmar) and Bangladesh, he professed that the church “won’t close (its) hearts or look away” from the plight of the Rohingya. During his visit to Egypt, Pope Francis called on humanity not to hold entire religions “accountable for the crimes of any small group of followers.” And in a recent message to Muslims for the end of Ramadan, the Pontifical Council for Interreligious Dialogue called on both faiths to move from competition to collaboration.

On May 29, U.S. Secretary of State Mike Pompeo and Ambassador-at-Large Sam Brownback launched the 2017 International Religious Freedom Report, detailing the status of religious freedom in nearly 200 countries and territories, and documenting reports of violations and abuses committed by governments, terrorist groups and individuals.

As the report shows, no religious community is immune from repression and discrimination. Christian pastors and Baha’is are jailed in Iran — at least 20 individuals were executed there in 2017 for exercising their right to worship freely. Authorities in Russia continue to target peaceful religious adherents. Muslims and non-Muslims alike are imprisoned in Egypt. Minority groups like Ahmadi Muslims and others are persecuted in Pakistan. Incidents of anti-Semitism are on the rise globally. Religious beliefs and activities are controlled and restricted in China. The Rohingya in Burma continue to face violence and discrimination. And Christians, Shia Muslims and Yezidis in the Middle East continue to suffer from the genocidal acts perpetuated by ISIS.

The report also illustrates the important steps taken by the United States, under President Donald Trump’s leadership, in advocating for religious freedom both domestically and globally. Yet clearly, there is more to be done.

Secretary Pompeo also announced that the U.S. State Department will convene the first-ever Ministerial to Advance Religious Freedom July 25-26 in Washington. The ministerial will bring together nations and faith leaders committed to fully promoting Article 18 of the Universal Declaration of Human Rights, codifying the universal “right to freedom of thought, conscience and religion.”

This ministerial, the first hosted by Secretary Pompeo, will be geared not merely toward discussion, but action. We look forward to working with our friends and allies on identifying concrete ways to secure and respect religious freedom for all.

The 2017 International Religious Freedom Report and the Ministerial to Advance Religious Freedom underscore America’s enduring commitment to this cause. Only by working together can governments, faith leaders and individuals safeguard this basic human right for all those seeking to live their lives freely and in accordance with their faith.